More than 150 buyers had booked luxurious apartments in the project in 2010. The flats are priced between Rs 1.5 crore and Rs 3 crore. 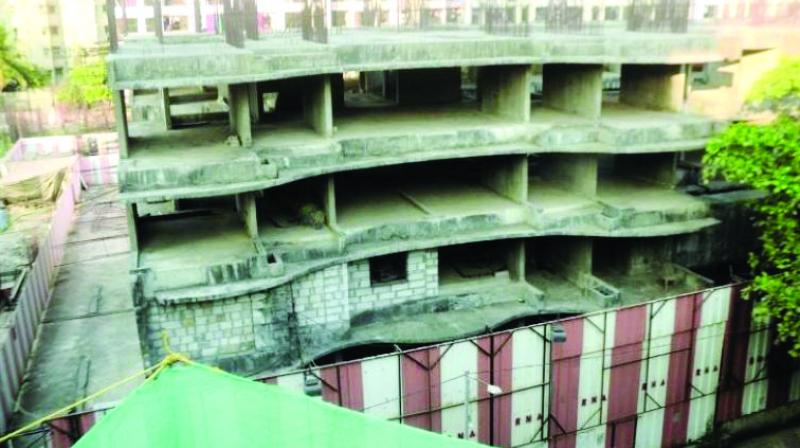 The flat buyers were allegedly promised possession of the apartments in 2014 but have not got it till date.

Mumbai: The economic offences wing (EOW) of the Mumbai police has filed a first information report (FIR) against Anubhav Aggarwal, managing director of RNA Corp and its associates, under the Maharashtra Ownership Flats (Regulation of the Promotion of Construction, Sale, Management and Transfer) Act, 1963 and the Indian Penal Code (IPC) for allegedly duping buyers and delaying possession of more than 100 buyers who had booked their flats in 2010 but were not given possession till date.

More than 150 buyers had booked luxurious apartments in the project in 2010. The flats are priced between Rs 1.5 crore and Rs 3 crore. They were allegedly promised possession of the flats in 2014 but have not got it till date.

Clifford Menezes, a senior citizen whose family had booked three flats in the same project, said, “I have made all the payments for the three apartments I had purchased from the developer and was promised possession for all of them in 2014 but am yet to get possession. The EOW finally filed an FIR last week and the officials are still taking statements of all the buyers as the number of affected parties is huge.”

Mr Menezes claimed his family had purchased three 3-BHK apartments in the 2011 and 2012 and had made payments for all of them.  Another, buyer, Ashish Verma, who is yet to get possession of his apartment, said the company (RNA) had ruined their lives.

An EOW official, involved with the investigations, said, “We are currently recording the statements of all the buyers. So far, we have recorded statements of around 70 buyers. It looks like the fraud is of more than Rs 100 crore.”

The FIR copy in possession with The Asian Age reveals that the complaint is being filed against Anubhav Aggarwal and his associates for taking the money for the apartments and not giving possession on the promised dates.

Anubhav Aggarwal, MD, RNA Corp, said, “There are people with malacious intentions behind it. We had moved court also because of such intentions. The delay in project was due to not getting permissions in time and court is yet to pass an order on the same. The case is subj udice and meanwhile we can't understand as to how did cops file a case against us. We would challenge the same in the court.”