Mr Gavit, who switched loyalties from the Congress to the BJP and won the Palghar bypoll last year, joined the Sena Tuesday. 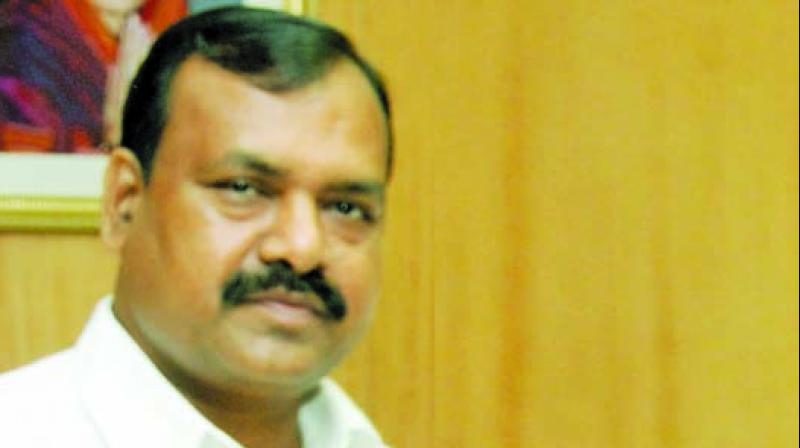 Mumbai: Shiv Sena chief Uddhav Thackeray termed the induction of BJP MP Rajendra Gavit into his party as “partner exchange” while announcing him as the Sena nominee for the Palghar seat for the upcoming Lok Sabha polls.

“The exchange of candidates is not new for the Shiv Sena-BJP alliance. Earlier too, our leaders like Subhash Bhamre and Suresh Prabhu have gone to the BJP,” said the Sena chief while defending his decision to welcome Mr Gavit into his party.

Mr Gavit, who switched loyalties from the Congress to the BJP and won the Palghar bypoll last year, joined the Sena Tuesday. With this, the Sena has denied a ticket to Shrinivas Vanaga, who had contested the bypoll last year as a Sena candidate. Instead, the party has promised him a Vidhan Sabha seat.

Mr Thackeray said, “In the seat-sharing pact, the Sena has received the Palghar seat. During the previous bypoll, I had publicly announced that I want Shrinivas Vanaga to go to Parliament. However, Shrinivas expressed his desire to work in the Assembly first,” said Mr Thackeray.

“In the past few months, Shrinivas Vanaga has taken stock of the Palghar constituency and is of the view that he should first work as a member of the Legislative Assembly and later as a MP. I have given my word to him to send him to Parliament. However, since he wants to work as a MLA first, I will send him to the state Legislature,” he added.

Mr Thackeray said Mr Gavit had worked in the constituency over the past eight to nine months and therefore, instead of giving the ticket to somebody else, he found it appropriate to induct him into the Sena and field him from Palghar.

The NCP took a dig at Mr Thackeray over Mr Gavit’s candidature. “Snatching Shrinivas Vanaga from the BJP and making him fight the Palghar bypoll and now denying him a ticket shows how the Sena chief takes care of the children of other politicians,” said NCP spokesperson Nawab Malik.