Mr Shinde will be contesting the Solapur seat on a Congress ticket in the upcoming Lok Sabha polls. 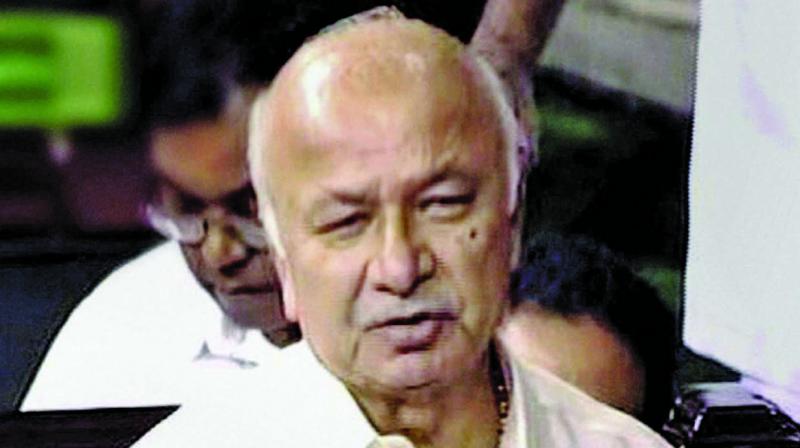 Mumbai: Senior Congress leader and former home minister Sushilkumar Shinde on Tuesday made a stunning claim that he recently received an offer to join the Bharatiya Janata Party (BJP). However, he made it clear that he is a staunch Congressman and would remain with the party.

Mr Shinde, who will be contesting the Solapur seat on a Congress ticket in the upcoming Lok Sabha polls, claimed that his daughter Praniti Shinde, a sitting MLA, was also approached with an offer to join the BJP.

Speaking to mediapersons after filing his nomination in Solapur on Monday, Mr Shinde said, “The BJP had tried to woo my daughter with many offers, but she remained unmoved. Similarly, for the Lok Sabha polls, a couple of top BJP leaders invited me to join their party, but I firmly refused.”

“There is no question of leaving the Congress... My daughter and I have Congress blood in our veins. We will not be swayed by their allurements. We are both committed Congress workers and will continue to remain so till our last breath,” he said. However, the former chief minister of Maharashtra refused to disclose the names of the persons who allegedly made an offer to him. “A person of my stature had approached me,” he said.

Mr Shinde’s revelations have created ripples in political circles. There has been a strong tussle among political parties to hijack candidates and leaders from each other’s outfits to improve their prospects of victory.

The BJP in Maharashtra has been successful in wooing many leaders such as Sujay Vikhe-Patil, Ranjitsinh Mohite-Patil, Ranjitsinh Naik-Nimbalkar and Bharati Pawar from Opposition parties and even assured them a party ticket for the Lok Sabha polls.

When asked about the defection of Sujay Vikhe-Patil to the BJP, Mr Shinde responded saying that choosing a party was everyone’s right. While Sujay has joined the BJP, his father Radhakrishna Vikhe-Patil is a committed Congressman, he said.

In Solapur, the BJP has fielded Jai Siddheshwar Shivacharya, a religious guru from the Lingayat community. However, Vanchit Bahujan Aghadi (VBA) leader Prakash Ambedkar’s decision to contest from Solapur has made it an interesting triangular contest.