Mr Javadekar accused the Congress of not doing anything in the last 60 years and announcing Rs 72,000 for poor families now. 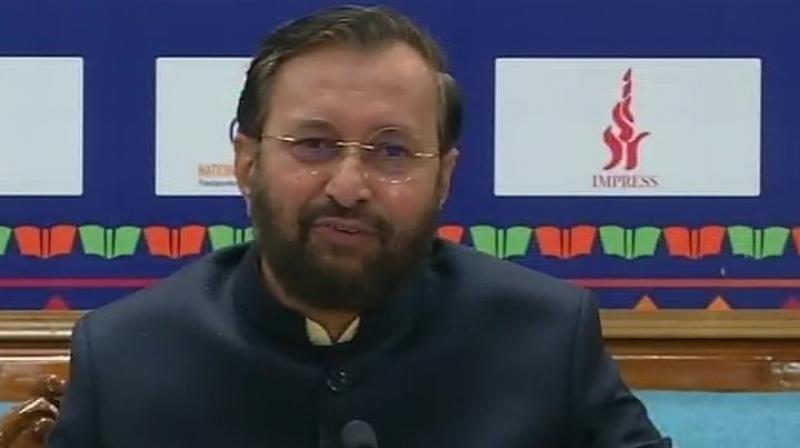 Pune: Union minister and Bharatiya Janata Party(BJP) leader Prakash Javadekar on Tuesday questioned the minimum income scheme for the poor announced by Rahul Gandhi, asking why the Congress had not done it when it was in power for the last 60 years.

Mr Javadekar accused the Congress of not doing anything in the last 60 years and announcing Rs 72,000 for poor families now. He said that as the Congress had no chance of winning, it had announced the scheme. However, he refused to answer questions by reporters saying he would answer them in the meeting.

Mr Javadekar on Tuesday held a press conference as well as meeting in Pune to campaign for Girish Bapat who will contest from Pune for the BJP.

Mr Javadekar said that statements by the Congress leaders showcased that they had lost control, as they were aware that they were going to lose the elections. “They can see the popularity of Narendra Modi. After the terror attacks in Mumbai in 2008, the Congress government showed its inability to attack Pakistan. But Narendra Modi carried out an airstrike in retaliation to the Pulwama attack. People have realised that they have a leader who can take decisions and the country is in secure hands.”

Mr Javadekar said, “The Congress gave the slogan of ‘Garibi Hatao’ in 1971 and still, poverty has not been eradicated. But Mr Modi started the direct bank transfer through which  `100 reaches the beneficiaries. Also, Rs 4.5 lakh crore has been given to the poor through subsidies. Congress is a confused party.”