The MMRC will hold a meeting with residents and architects on March 29. 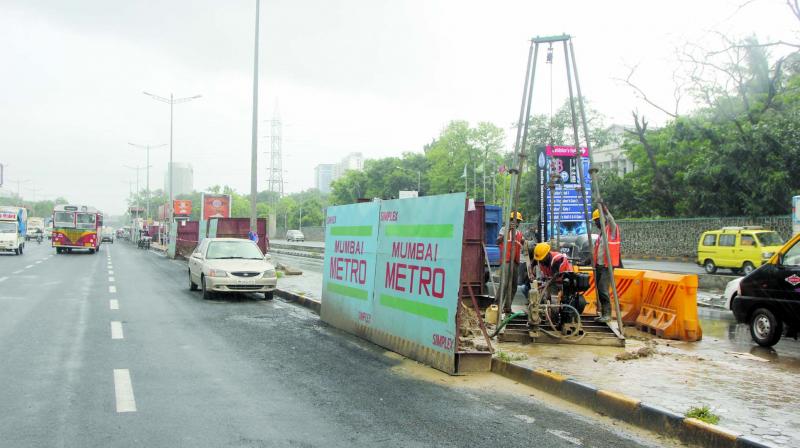 Residents who live in the vicinity of the Metro 3 project are unhappy with the rehabilitation plan announced by the Mumbai Metro Rail Corporation Limited (MMRC).

Mumbai: Residents who live in the vicinity of the Metro 3 project are unhappy with the rehabilitation plan announced by the Mumbai Metro Rail Corporation Limited (MMRC).

Although most of them have vacated their rooms, they want the MMRC to clarify the rehabilitation plan it has published. According to the residents, the building G3, which was built to rehabilitate the people living in the Vitthaldas, Suryamahal, Chandramahal and Annapurna buildings, lacks sufficient flats.

Around 338 residents were supposed to get 1 BHK flats in the G3 building however the brochure published by the MMRC states that this building has a single 1 BHK flat while the rest of the flats are of different sizes to which these residents are not entitled.  This has led to confusion among the residents. The MMRC will hold a meeting with residents and architects on March 29. Residents living in the Vitthaldas building, Swami Niwas, Shriram Bhavan, Suryamahal, Chandramahal, Taramahal and Annapurna buildings and Kranti Nagar are confused about their rehabilitation. According to the government’s rehabilitation plan, all these tenants will be accommodated in the G3 complex.

According to the residents, they were promised 1 BHK flats of 405 square feet. But when they visited the Mumbai Metro Rail Corporation Limited (MMRCL) site to check the rehabilitation project declared by chief minister Devendra Fadnavis on March 10, they were shocked to see that there was only one 1 BHK flat in the G3 building.