The bombs confiscated from the accused, a resident of Rewas in Alibaug, are valued at Rs 2.32 lakh in the grey market, according to police sources. 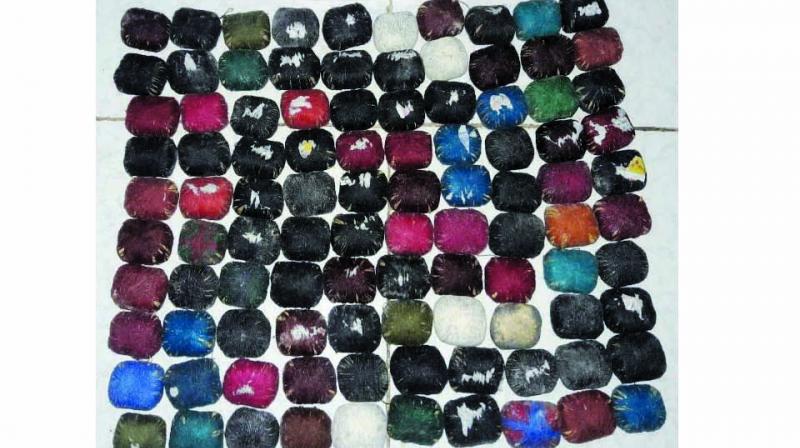 Bomb squad confirmed that the objects were explosives.

Mumbai: Thane police's Crime Branch (CB) has arrested a man for possessing 290 crude bombs, which were seized from him.

The bombs confiscated from the accused, a resident of Rewas in Alibaug, are valued at Rs 2.32 lakh in the grey market, according to police sources. During his preliminary interrogation, the accused claimed that the bombs were used for hunting wild boars in Navi Mumbai’s forested tracts.

A team of CB unit 1 arrested Pravin Patil (34), who had come to sell the crude bombs to someone in Mumbra. The CB received a tip-off and laid a trap near Sahil Phata junction in Kausa area. When the crude bombs were tested to identify their ingredients, the police learned that they contained shrapnel, explosive material used in crackers, and metal coins.

Upon frisking, the crude bombs were found in the accused’s possession. A CB officer said, “Since the suspicious objects resembled what we were told, we summoned a bomb squad there and the sniffer dog — Alex, confirmed that the objects were explosives.”

Mukund Hatote, assistant commissioner of police, CB, said, “When Patil was questioned, he revealed that the crude bombs were used for hunting wild boars however, we are probing other possible purposes behind making them. The person to whom they were to be sold is still to be identified.”

The officials said that they were trying to verify who was to purchase the bombs and to what use they were going to be put. The accused has been remanded to police custody for further questioning.

The accused’s custody was given to CB’s unit 1 for further probing, including finding the source of the crude bombs and details on potential buyers. A case has been registered under the Explosive Substances Act.