Row breaks out over VJTI abbreviation

According to the protesters, the use of the acronym is an insult to Veermata Jijabai, mother of Chhatrapati Shivaji Maharaj. 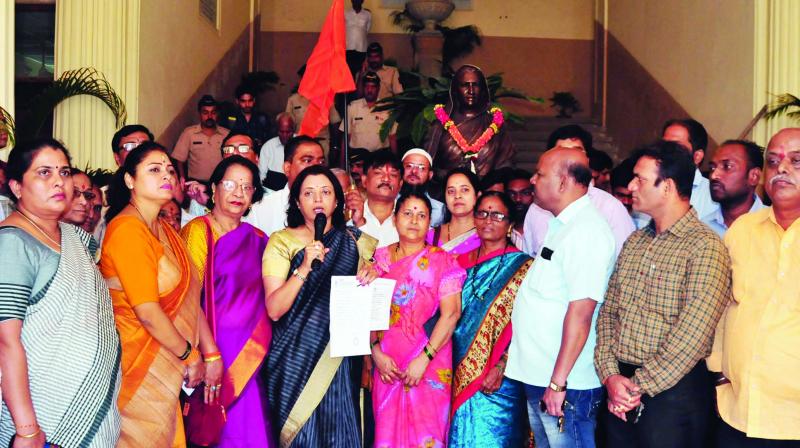 Mumbai:  The Maharashtra Rajya Shikshak Sena (MRSS), Shiv Sena and Yuva Sena held a protest on Monday at the Veermata Jijabai Technological Institute (VJTI) campus in Matunga over the institution not mentioning its full name on its banner during the convocation ceremony and using its acronym instead. According to the protesters, the use of the acronym is an insult to Veermata Jijabai, mother of 17th century Maratha emperor Chhatrapati Shivaji Maharaj.

According to Ajit Chavan, the district president of MRSS, the protest was aimed at the director of VJTI. “Every year, this type of ceremony is conducted and they use the entire name. What is the reason behind them choosing not to using it this year,” Mr Chavan asked.

The convocation ceremony was conducted on February 23. Along with the aforementioned student wings of political parties, a teachers union joined the protest outside the campus gate.

Sources closed to the institute confirmed that the director of VJTI, Dhiren Patel, is the person who asked that the abbreviation be used instead of the full name. “The idea was visibility.

If we mention the entire name, the font would be too small to read. Hence, we preferred VJTI as it is easy, brief and well-known,” the source said.