According to reports, the Sena and the BJP held seat-sharing talks for BMC polls but failed to reach an agreement. 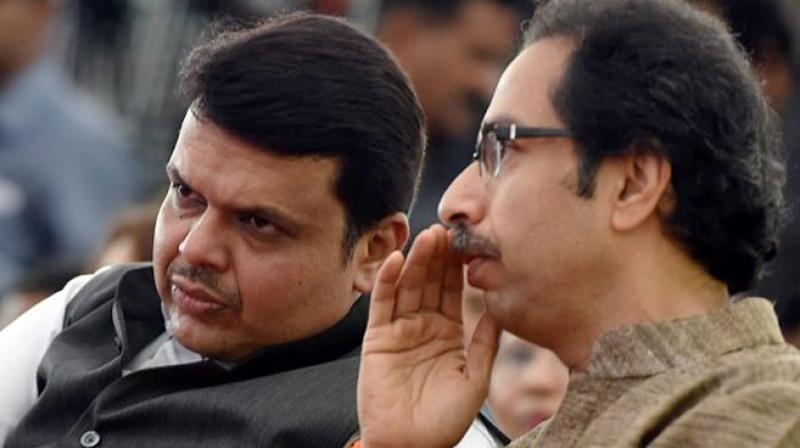 Mumbai: The Nationalist Congress Party ( NCP) on Thursday took potshots at the Shiv Sena-BJP alliance post Uddhav Thackeray's 'no alliance comment', saying that it was evident from the inception of this alliance that the relationship between the two saffron parties would not last long.

In a repeat of the 2014 Maharashtra Assembly elections, the Shiv Sena has once again decided to fight it out alone. Thackeray confirmed that the party will not be entering into an alliance with any party.

According to reports, the Sena and the BJP held seat-sharing talks but failed to reach an agreement.

"I will not go into an alliance, from now the fight has started," Thackeray said.

Thackeray's statement comes days after Maharashtra BJP president Raosaheb Danve earlier this week that his party was hoping for a positive response from its ally which could lead to an amicable seat-sharing formula.

Earlier on Friday, Thackeray launched several verbal attacks on BJP saying that Shiv Sena wasted 25 years due to its alliance.

While announcing party's decision to contest alone in the upcoming BMC elections, Thackeray alleged BJP of hiring 'goondas' to fight their 'sainiks.'

The BMC polls will be held on February 21, and results will be announced on the 23rd.