Body is envisioning covering the operation cost through the Wadala depot project. 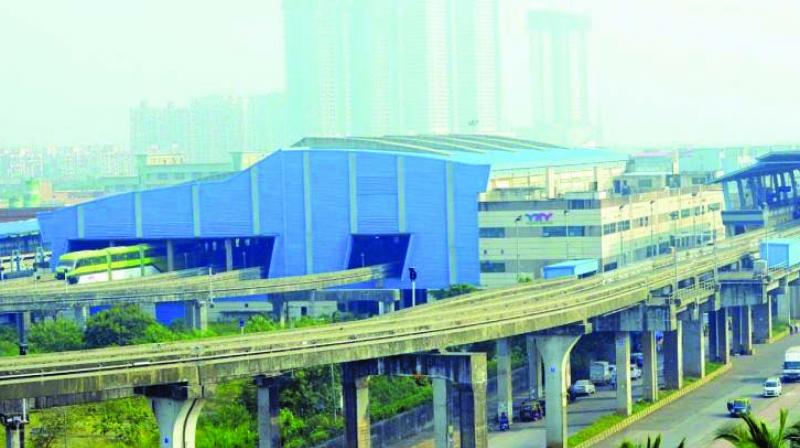 Mumbai: Three towers with both residential and commercial use will be constructed on monorail depot land at Wadala. The plan has been finalised after the Mumbai Metropolitan Region Development Authority (MMRDA) appointed a consultant for development of the 6.8 acre land. Tenders will be floated shortly, revealed sources. The commercialisation will fund the limping monorail corridor, which has been incurring huge losses.

“Our concept for depot commercialisation is ready; there will be three towers constructed with mix usage, both commercial and residential. All terms and conditions have been formed for privatising. We are preparing the tender documents now and the tenders will be floated shortly,” said a senior MMRDA official.

The authorities had appointed Price Waterh-ouse Cooper (PWC) to prepare a detailed plan on the commercialisation of la-nd. “The monorail staff will be given accommodation in the tower,” said the official.

The Asian Age had reported in its October 9 edition how the MMRDA was planning to develop the depot land on the lines of the BKC. The passenger strength of the monorail has dropped from 19,000 to 10,000 per day after the Chembur-Wadala monorail corridor was thrown open nine months after a fire incident. MMRDA is envisioning covering the operation cost through the depot project.

On December 14, MMRDA took up operati-ons of the monorail and terminated the contract with LTSE consortium. The operator was given several extensions but the consortium couldn’t begin the phase 2 due to shortage of rakes. Hence, MMRDA took over the operations and encashed around `184 crores of the bank guarantee of the operator.