The schools have been launched as tribute to AB Vajpayee. 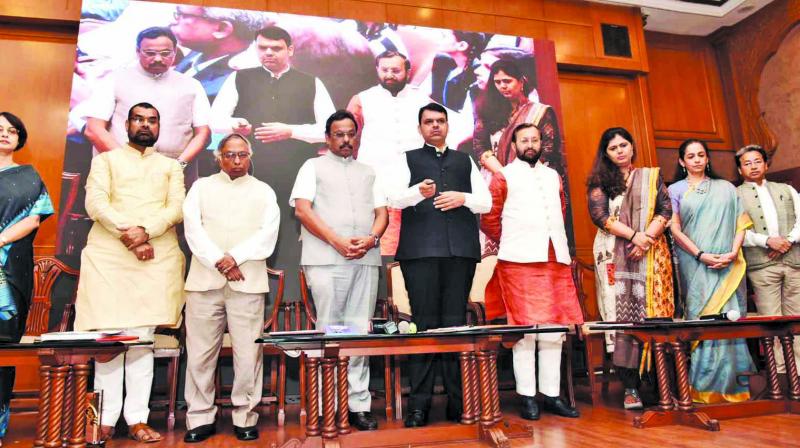 Close to 133 teachers have being recruited in these schools.

In this project, 13 Zilla Parishad schools are being converted into international schools with the idea to impart skill-based experiential learning to the students. These schools, which are called ‘Ojas’ is already functioning in several parts of the state such as Pune, Sat-ara, Kolhapur, Parbhani, Chandrapur, etc.

In the coming years, more 100 schools from across the state will be brought under the international affiliation by MIEB that will be called ‘Tejas’, officials said.

“The syllabus of the International Education Board is not adopted from any of the existing boards like ICSE, CBSE or IB. It has been created by experts using innovative ideas,” state education minister Vinod Tawde said.

All the ZP schools being converted to international schools will have their first language as Marathi. However, they will have English as the second or third language.

These schools will function from class 1 to 3 along with pre-primary, which will gradually increase the grades in the coming years. Around 80 and 53 teachers have been recruited in the 13 schools for class 1 to 3 and pre-primary, respectively.

These schools will be technology savvy. The schools have been finali-sed on the basis of their infrastructure, digital eq-uipments, Internet facilities, medium of transportation for students, separate toilets for boys and girls, and yearly performance before conversion to international schools.