Plans are afoot to inaugurate the fountain in February 2018 although beautification works will continue till December next year. 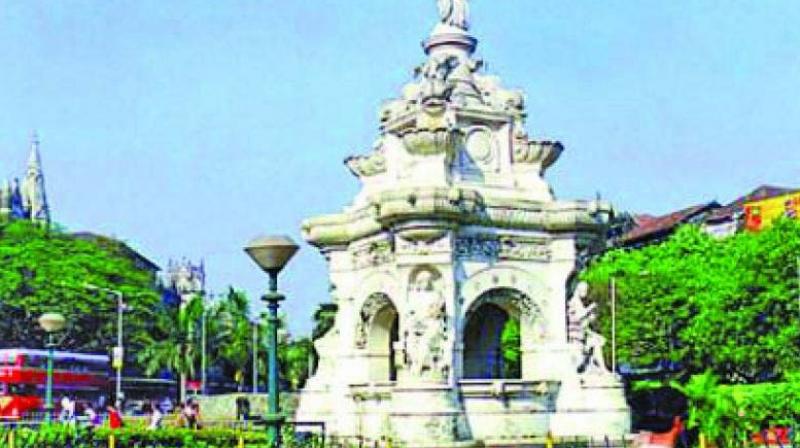 The 150-year-old fountain has been non-functional for the past couple of years.

Mumbai: It’s been a year since it began restoration and beautification works of the heritage structure, Flora Fountain, in south Mumbai, but the BMC is yet to complete the project. The reason is that the civic body has been unable to appoint a contractor for the beautification works despite floating tenders six times in the past. So much so, the BMC has now relaxed conditions and floated tenders for the seventh time. Plans are afoot to inaugurate the fountain in February 2018 although beautification works will continue till December next year.

The 150-year-old fountain had been non-functional for the past couple of years due to which the civic body appointed architect Dilware in June 2016 to restore the structure. Sanjay Sawant, senior heritage conservation engineer, said, “The restoration work will take 15 more days to be completed. Only the fountain can be thrown open to citizens in February 2018.” With bidders demanding higher prices than estimated, the BMC has been unable to rope in a contractor despite bidding six times in the past. Mr Sawant said, “Last time, one bidder had come forward but his rate was 57 per cent higher than the estimated cost, so we scrapped the bid. Now again, we have floated tenders for the seventh time, and two bidders have shown interest.”

This time around, the civic body has relaxed a few conditions in the bidding process so as to get contractors to complete the beautification works. Mr Sawant said, “We have eased the requirement of heritage work experience to include anyone with prior experience of landscaping or infrastructure work up to Rs 5 crore.” However, citizens will still have to wait till December next year to be able to see the beautification works. The second phase of the beautification programme includes a revamp of the fountain premises in the form of a garden, sitting spaces and colourful lights.