The commissioning of the project, which was expected in February 2017, has been extended to June 2017 now. 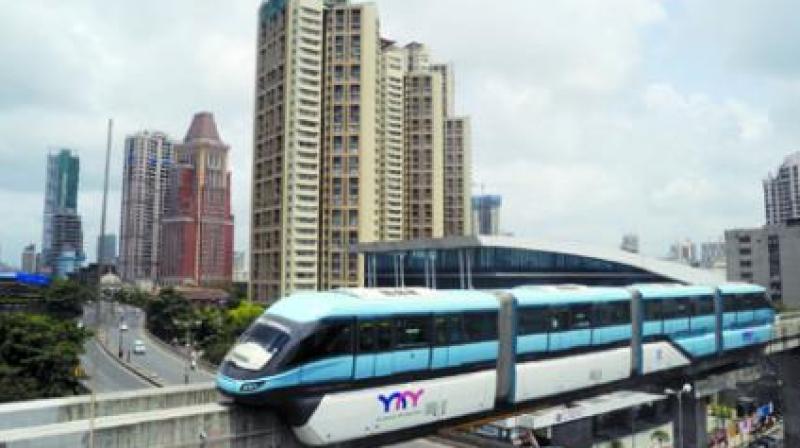 Trial runs between Wadala and Jacob Cirlce got delayed due to the unavailability of the conductor rail. (Representational Image)

Mumbai: The wait for the second phase of the monorail project between Wadala and Jacob Circle, in effect on the entire 20-km-long stretch, has gotten longer. The commissioning of the project, which was expected in February 2017, has been extended to June 2017 now, due to a probable delay in trial runs. Trial runs between Wadala and Jacob Cirlce got delayed due to the unavailability of the conductor rail, which was damaged in October, taking another three months for procurement from a firm in the UK.

“The procurement of the conductor rail will result in a delay over commissioning of the second phase. It will now be commission around June, instead of the earlier deadline of early 2017,” said a senior MMRDA official speaking on the condition of anonymity. The conductor rail (a rail transmitting current) came off at a site under construction for the Monorail phase II, on October 7.

Following this, an inquiry was set up and the supplier from the UK was summoned. However, to rectify the problem, another conductor rail will have to be installed for safety purposes.