Man stabs female IT worker to death near her Pune office

A youth who had been with her during training for the job had allegedly been following her. 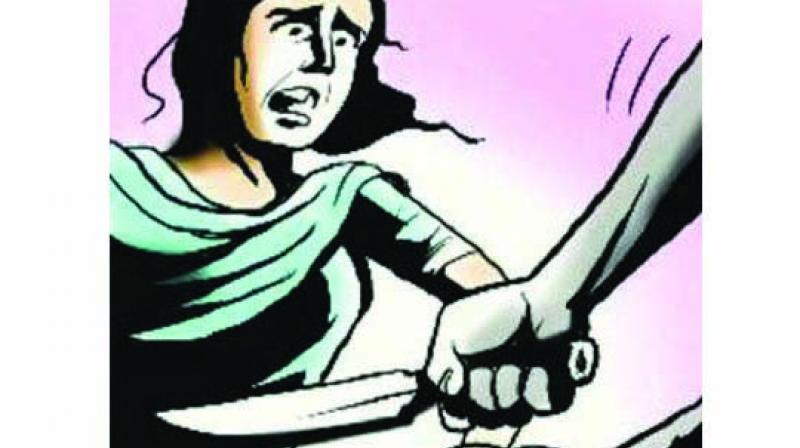 As the killing sent shockwaves among the IT employees, the police formed multiple teams to nab the assailant.

Pune: A 23-year-old woman IT professional from Bengal was murdered by an unidentified person after an argument between them barely a few metres from her office here, the police said as chilling details of the case emerged on Sunday.

As the killing sent shockwaves among the IT employees, the police formed multiple teams to nab the assailant and launched a probe from various angles amid suspicion that the attacker had been following the victim, Antara Das.

Das, hailing from Bengal and working with an IT major here, was attacked by the man with a sharp-edged weapon near Kanbay Chowk in Talawade on Friday night, barely 500 metres from her workplace on the outskirts of the city, while she was walking down from the office.

“According to her parents, a youth, who was with Antara during training in Bengaluru, was following her. Since they have expressed their suspicion, we are investigating the case from that angle and also from other points,” said a police officer with the local crime branch. “We are focusing on whether the incident could be the fallout of an affair or a one-side affair. Teams have been dispatched to Bengaluru for further investigations,” said SP Pune (rural) Jai Jadhav.

Another officer from the local crime branch said, “The angle of a robbery has, however, been ruled out as valuables with the woman were found to be intact.” One of the eyewitnesses, Satyendra Sinha, who rushed Das to a nearby hospital with the help of some passers-by, said, “While riding the bike near Kanbay chowk, I saw a couple having an argument and suddenly saw the girl collapse on the pavement.”

Mr Sinha, who works with a private firm, added: “As I stopped, the woman, who was bleeding, came near my bike, held my hand and pleaded for help saying “save me”. She fell unconscious near the bike. Meanwhile, the person, who was wearing a blue and black t-shirt, disappeared from the spot.” He added, “With the help of a car driver, I then rushed her to a nearby private hospital, where she was declared dead later.” Mr Sinha also said that since it was dark and there were no streetlights on the road, the face of the person, with whom the woman had been having an argument, could not be seen.