The Congress is also launching its yatra from Marathwada and Vidarbha from Sunday. 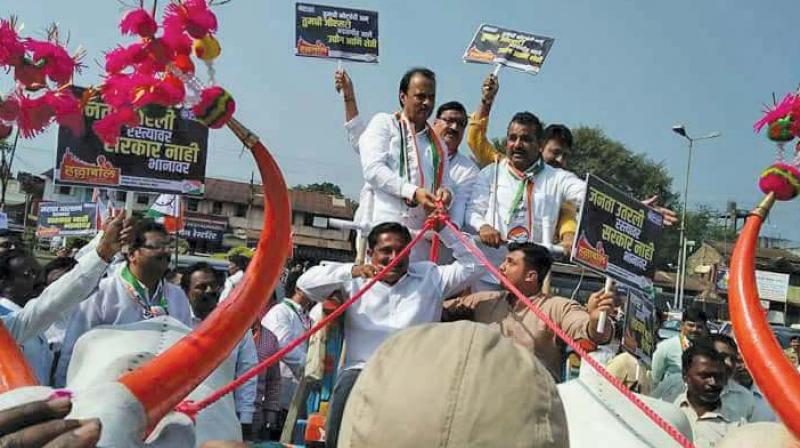 NCP’s Ajit Pawar during a meeting in Karad.

The NCP is planning agitations in every tehsil of the state and will begin its yatra from Yavatmal to Nagpur from December 1. Along with the NCP, the Shiv Sena too has started cornering its ally BJP on various issues. Sena chief Uddhav Thackeray too is currently touring Western Maharashtra.

Mr Pawar addressed a corner meeting in Karad, Satara and kicked off the ‘Halla Bol’ agitation. “This government has completely failed on many fronts. Neither are farmers happy with this government nor are traders. The government has lost control of law and order. The police is arrested for killing accused. This shows the level of the situation in the state,” alleged Mr Pawar.

The Congress is also launching its yatra from Marathwada and Vidarbha from Sunday. “It is Constitution Day. Government is working exactly against the ideals of the constitution,” said Congress leader Ashok Chavan.

“Power is centered in the hands of a few in the state as well as Centre. We will raise people’s voices on these issues,” he said.