A police official said the Maharashtra police's 'Force One' commando team has also got the permission to carry weapons in flights. 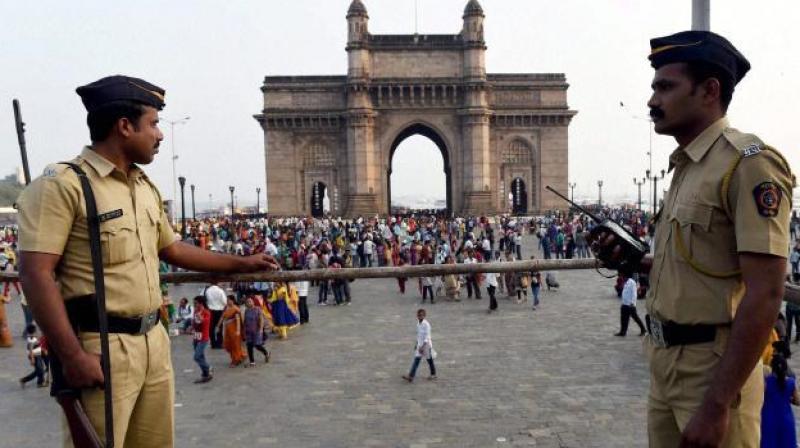 On November 26, 2008, 10 Pakistani terrorists arrived by sea route and opened fire indiscriminately at people killing 166, including 18 security personnel, and injuring several others, besides damaging property worth crores. (Photo: PTI/File)

Mumbai: An improved coordination between various agencies and the quick response mechanism put in place by the police are the key to Mumbai's security in the last nine years following the 26/11 attack, officials said.

The police force is capable of securing the city as its response mechanism has improved over the years, Mumbai Police Commissioner Datta Padasalgikar said.

Following the dastardly attack in the financial capital, the Maharashtra government has taken a range of measures to upgrade the police force in areas like technology, training, gadgets, weapons and coordination between all the agencies, another police official said.

To beef up the coastal security, the government has provided radio frequency identity cards and smart cards to the fishermen, he said.

The defence ministry has also installed around eight radars to catch any suspicious movement on the entire west coast, the official said.

Setting up the marine police wing and securing the coastline area with the help of surveillance through drones are among the government's ambitious projects, another
official said.

The sharing of intelligence among all the agencies, including police, navy, coast guard and other central agencies, has also improved, he said.

The mega cities, including Mumbai, are covered with the CCTV network to curb criminal activities, he added.

The procurement was delayed as no company was willing to bid for it following allegations of purchase of substandard bullet-proof jackets, he said.

Of the 4,600 jackets, the testing of 3,000 has been done so far and these will be distributed in a few days to various police units, the official said.

"Apart from the jackets, we also purchased 1,500 bullet proof helmets which we have distributed," he said.

In last one year, the police also procured bullet-proof shields, 'morchas' (a kind of protective gear), night vision monoculars other modernised weaponry for the quick
response teams, he said.

There are proposals to procure bomb suits and total containment vehicles also, the official added.

Another police official said the Maharashtra police's 'Force One' commando team has also got the permission to carry weapons in flights.

Earlier, only the National Security Guard (NSG) personnel were allowed to carry weapons in flights.

Mumbai Police Commissioner Datta Padasalgikar said, "The police is capable enough to tackle any kind of situation to secure the city as our response mechanism has improved over the years."

"We have quick response teams in every region comprising young and fit men, who can strike in case of any eventuality," the police commissioner said.

The police is also regularly conducting joint exercises of the Force One and the elite commando team of NSG, which has a base in suburban Powai, he said.