She boldly identified Kasab and shouted in the courtroom to punish the culprit and to not spare him as he had made her disabled. 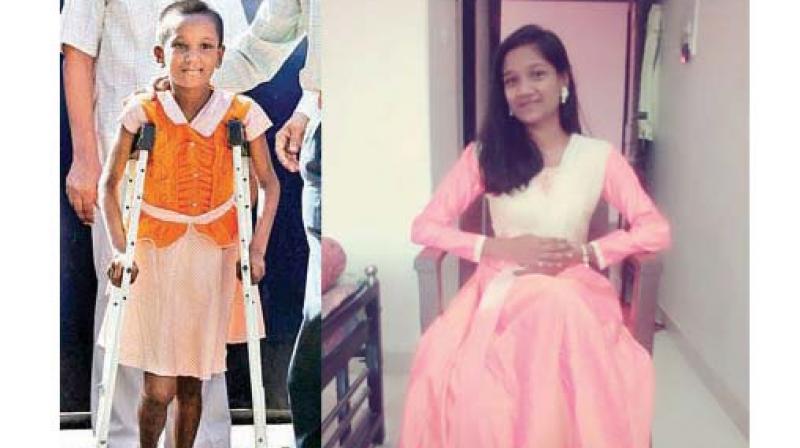 Devika then, and now

Mumbai: Devika Natwarlal Rotawan (17), was a 9-year-old girl, who was shot by an AK-47 on her right leg by Pakistani terrorist Kasab at Chhatrapati Shivaji Terminus (CST) railway station is 17 years old now. She is pursuing her career and wants to join the ministry of defence to eradicate the terrorism of which she has been a victim.

Rotawan, a frail girl due to multiple surgeries on her leg, tells The Asian Age, “ I have seen the worst. I lost my mother and then this terrorist injured me making me disabled since many years, but I have the courage to still stand.” Rotawan was the youngest witness in the trial, who came on crutches in June 2009 before designated judge M.L. Tahilyani at the special court at Arthur Road Central Prison.

She boldly identified Kasab and shouted in the courtroom to punish the culprit and to not spare him as he had made her disabled.

Rotawan believes the Maharashtra government will give something to her as they promised her a flat. She joined Twitter in February and posted a series of tweets, tagging the Prime Minister’s Office and his personal Twitter handle. She struggles to fund her education as her financial condition is worsening by the day and there is still no definitive reply from the government.