Coast to get more ‘sunscreen’

25 more thermal cameras to be installed along Mumbai coastline. 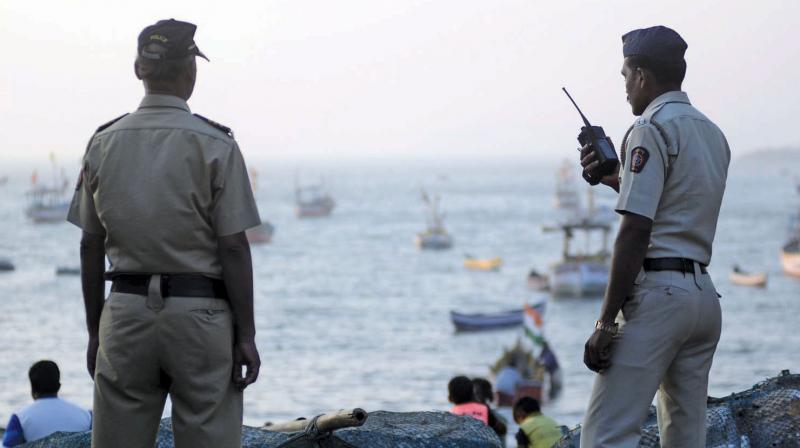 File picture of policemen on duty at Badhwar Park, near the spot where terrorists entered Mumbai via sea to carry out the 26/11 attacks.

“We already have procured 3,000 CCTV cameras along the coastal line last year, however more cameras will be added in sensitive areas,” said a senior Mumbai police official.

In the aftermath of the 26/11 attacks, marine security exercise called, ‘Sagar Kavach’ was begun and is now held twice a year. The Indian Navy, the Coast Guard and the Mumbai Police, Port Zone, collectively carry out this exercise, wherein a team of security forces have to prevent dummy terrorists from breaching coastal security.

Last year in May and November, the Red Team comprising 6-7 dummy terrorists was able to breach the security in the mock drill in five attempts. But according to the Coast Guard department, the operation has improved drastically since last year.

“This year, even the officers from the Mumbai Police-Coast Wing were given rigorous training against sea attacks, including training of explosives like AK-47, sten guns and automatic rifles. We are trying to include as many security agencies as possible in order to have a better collaboration on security issues,” he added.

Post the attack, watch towers were also installed across the city’s coastline. However, when The Asian Age visited Badhwar Park, the place from where the 26/11 terrorists entered the city, it found the tower broken and non-functional. However, local police stated that 3-4 boats patrol the coastline from Badhwar Park to Versova daily. Around 20 boats are currently patrolling along the city’s coast, according to Mumbai police.