Ex-minister, who resigned in June, hasn’t cleared his dues worth Rs 15.50 lakh either. 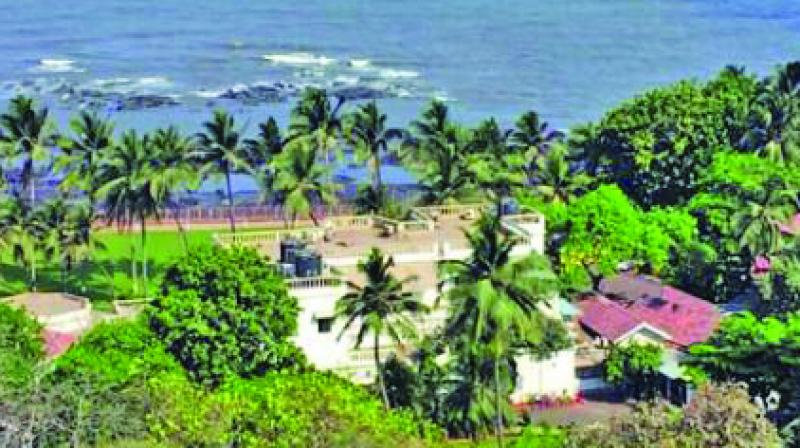 Mr Khadse had not vacated the bungalow since first occupying it in the afternoon of November 19, 2014.

Ramtek was allotted to Mr Khadse after he became revenue minister in the BJP-led government in 2014. However, following allegations of his involvement in the Pune land scam, he resigned from the state cabinet on June 4 this year while continuing to stay put at Ramtek for the past three months. A RTI query filed by activist Anil Galgali into status of occupation and rent arrears of the much sought after Ramtek bungalow revealed that Mr Khadse had not vacated the bungalow since first occupying it in the afternoon of November 19, 2014.

Despite being charged rent post his resignation, Mr Khadse had not paid up and the rent arrears due from him mounted to Rs 15.50 lakh in the interim, informed the Malabar Hill division of Public Works Department (PWD). Even as the OBC leader from north Maharashtra nursed hopes of making a comeback into the Devendra Fadnavis cabinet, claiming that the charges against him were unsubstantiated, the Dinkar Zoting Committee, constituted to probe allegations against him, failed to complete inquiry in the stipulated time and was given an extension. Repeated attempts to contact Mr Khadse did not yield any response.

According to government rules, a leader, upon ceasing to be a minister, has to vacate the allotted bungalow within 15 days. He can occupy the bungalow for a further three months after seeking permission from the government. But in such a case where the government permits extension of stay, he has to pay a monthly rent of Rs 25 per square feet and pay extra for other services provided in the bungalow.