The government of Maharashtra in 2005 suspended the licenses of bars and hotels claiming they were a bad influence on society. 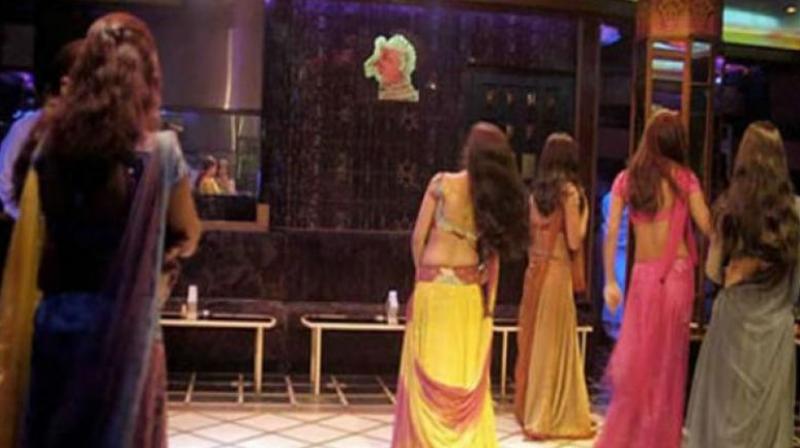 The Supreme Court in March ordered the ban to be lifted, but the Maharashtra government disagreed, saying bars would have to comply with numerous conditions - including a prohibition on the sale of alcohol and a closing time no later than 11:30 pm. (Photo: Representational Image)

Mumbai: Owners of scores of illegal dance bars in India's financial capital Mumbai said on Friday they were confident a ruling by the top court would finally end a decade-long ban which has left up to 75,000 bar dancers, singers and waiters without jobs.

The government of Maharashtra in 2005 suspended the licenses of bars and hotels where young women were employed to dance to racy Bollywood tunes for male customers, claiming they were a bad influence on society.

But after several appeals over the years by dance bar owners and workers against the ban, the Supreme Court on Thursday said that bars could once again apply for licenses to the government.

"Now there should be no hurdle. The court has said all new applications will be processed as per the old set of conditions the government had laid," said Bharat Thakur, president of the Dance Bars Association, which represents 150 bars in Mumbai.

Mumbai's famous dance bars made a lucrative business before 2005. But local authorities, as well as some women's rights organisations, said the thriving sector was not only corrupting moral values, but was also a front from human trafficking rings where girls and women were bought and sold into sexual slavery.

Some of the bars continued to operate under police patronage for many years, but most have now gradually shut down, with bar and hotel owners and workers fighting the ban in the courts.

The Supreme Court in March ordered the ban to be lifted, but the Maharashtra government disagreed, saying bars would have to comply with numerous conditions - including a prohibition on the sale of alcohol and a closing time no later than 11:30 pm.

The bar owners challenged this and in September, the top court said three bars could apply for licenses without following the new conditions. This was extended to other bars on Thursday.

"We are waiting for the court order to be uploaded and then we will meet the concerned authorities for the licenses," said Adarsh Shetty, president of the Indian Hotels and Restaurants Association.

But Shekhar Naphade, lawyer for the Maharashtra government, told the Thomson Reuters Foundation that the court order was not final, and another hearing will take place on Jan. 11.

"Some bar owners had approached the Supreme Court seeking licenses to be provided to them on old norms. To this, the court asked them to file their respective applications and responses," said Naphade.

Police in Mumbai also said that they would treat all dance bars as illegal until they had received a directive from the Maharashtra government.

"We will wait for the Supreme Court's directions in writing and for the state government's directive before we proceed on this matter," said Pradeep Sawant, Deputy Commissioner of Police in Mumbai.