In the eight years that have passed, Ms Waghela has moved out of that house to escape the memories. 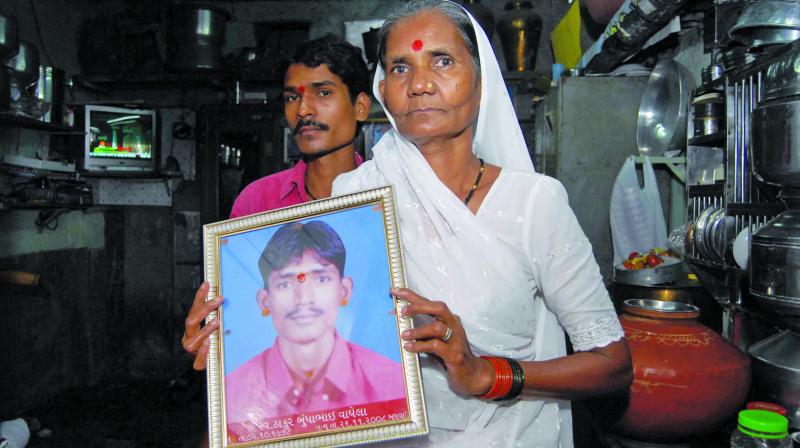 Thakur Waghela’s mother holds up a portrait of his.

Mumbai: November 26, 2008 was a day when Karuna Waghela’s life was turned upside down. For, that was when hanged terrorist Ajmal Kasab barged into her family’s home, asked her husband for water, gulped it down, and then shot him dead front of Neeraj, their son.

In the eight years that have passed, Ms Waghela has moved out of that house to escape the memories. But she spoke to The Asian Age about how Kasab murdering her husband, Thakur Waghela, in cold blood has had a lasting impact on her.

She said: “The memories never fade away, it is still fresh in my mind. My kids are disturbed about that night even though we have left that place a long time ago. We go to our village Anand in Gujarat every year, just to avoid the memories.”

Ms Waghela now works as a class IV attendant at the government-run G.T. Hospital, a few metres away from her old house. The mother and her three children had moved to a government-allocated tenement at Sion-Koliwada hoping to leave behind the memories of that tragic night. But that, sadly, hasn’t happened.