Sanjay slammed Mr Mete without naming him asking why he was in a hurry to take credit for the programme. 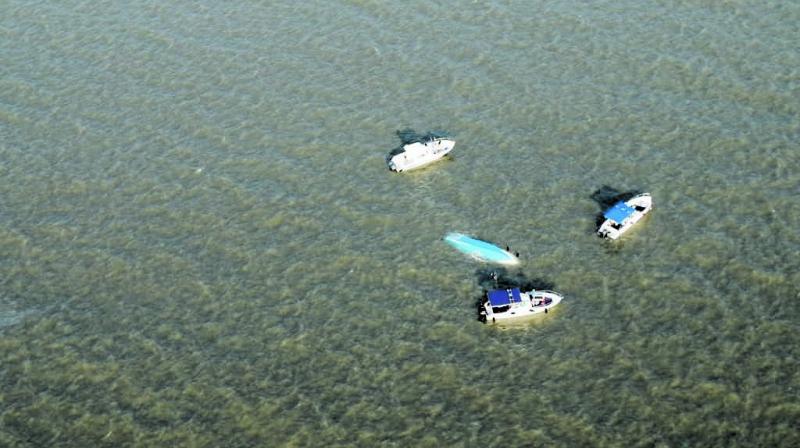 One boat out of six ferrying state government officials to the site of the inauguration capsized on Wednesday.

Mumbai: Chhatrapati Shivaji Maharaj Memorial Committee chairman and Shiv Sangram Sanghatana leader Vinayak Mete may be in trouble, as Shiv Sena spokesperson MP Sanjay Raut demanded that an offence should be registered against the organisers who arranged for the inauguration programme of the proposed Chhatrapati Shivaji Maharaj Memorial without security arrangements. One boat out of six ferrying state government officials to the site of the inauguration capsized on Wednesday, resulting in the loss of a youth’s life.

Mr Sanjay slammed Mr Mete without naming him asking why he was in a hurry to take credit for the programme. Nationalist Congress Party (NCP) leader Ajit Pawar also asked why the programme was arranged as Prime Minister Narendra Modi had carried out the jalpuja of the project two years earlier.

Apart from the death, two people were injured after the speedboat, which was carrying around 25 persons, hit an underwater rock and capsized in the Arabian Sea off Mumbai on Wednesday. The programme, which was organised by Mr Mete, lacked a proper security arrangement, and Shiv Sena, Congress and NCP blamed him for this incident and death of Shiv Sangram worker Siddhesh Pawar. Chief minister Devendra Fadnavis had announced an inquiry in the incident. “He is very upset with Mr Mete. Mr Fadnavis has not given many powers to the memorial committee and now he may take action against Mete,” said a senior BJP leader.

The state government has not announced who will conduct the inquiry. The police may not register an offence until the inquiry, said an official. “Chief secretary D.K. Jain went to attend the function. As a bureaucratic head of the state, it was his responsibility to verify the security arrangements of the government function. He is also responsible,” said the leader.

The Sena spokesperson held Mr Mete responsible without naming him. “Siddhesh Pawar died and many lives were in danger. Who is responsible,” asked Mr Raut. The government should conduct an inquiry and an offence should be registered against the organisers, he demanded.