Last year, the enrolment was around 80,000 while this year IDOL has received only 40,000 admissions. 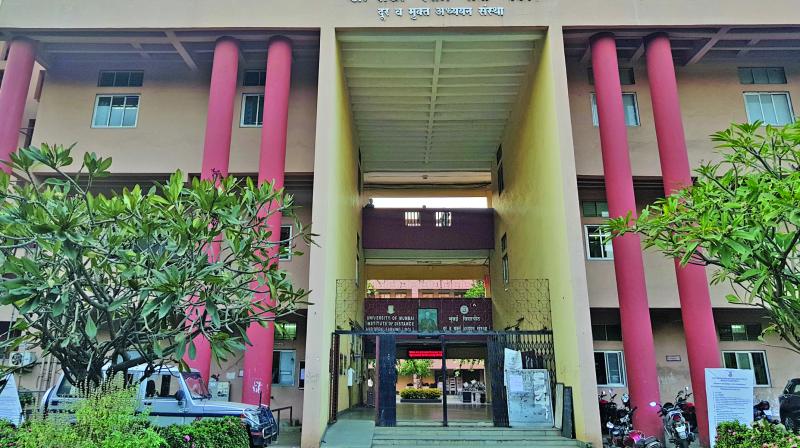 Varsity’s Institue of Distance and Open Learning saw a two-month delay in the admission process this year.

Mumbai: The enrolment in correspondence courses at the University of Mumbai (MU)’s Institute of Distance and Open Learning (IDOL) has reduced by 50 per cent this year as compared to last year, ostensibly because of the two-month delay in the admission process. This year, the admission process started in September when originally it is supposed to begin June. Last year, the enrolment was around 80,000 while this year IDOL has received only 40,000 admissions.

The drop rate in enrolment is being allegedly attributed to the appointment of Maharashtra Knowledge Corporation Limited (MKCL) as the new service provider for conducting IDOL’s online admission.

A MU official, on the condition of anonymity said that MKCL allegedly took time to develop the programme to customise the process according to the requirement of IDOL’s online admission process.   MU had switched to ?? from a private agency- Exxon Automation – that managed the online admissions over the last three years.

Director of IDOL, Dr. D Harichandan said, “The reason for less admissions this year is due to the admissions starting late. Many students took admissions elsewhere in June as our online admission process had not begun. Moreover, MKCL is taking a little extra time for the process.

Hence, we will mostly postpone the dates to November 15 so  that all the interested students can take admission.” The last date of admission is October 30.

MKLC looks after the online admission of first year junior college (FYJC). Till the month of August, the admissions of first year and second year students of B.Com and M.Com are generally completed.

However, this year, the process is still on. IDOL gets most of its students for correspondence for the aforesaid courses. Now, because of these delay, the annual examinations of all courses students except Master of Computer Application (MCA) and Bachelors in Science – IT will be pushed to January instead of November.