Fishermen at Telipada stated that debris is being dumped in the mangroves at Nhava Sheva village of Uran district. 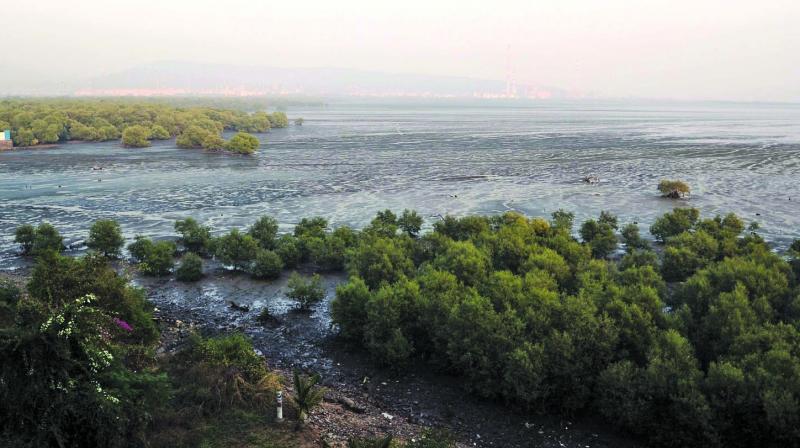 The land belongs to Cidco.

Mumbai: Despite the order passed by the Bombay high court on the protection of mangroves across the state, there have been instances debris being dumped in the Nhava Sheva mangrove area of Uran, said district’s authorities.

The office of the Uran tehsildar stated that the land in question belongs to the City and Industrial Development Corporation Of Maharashtra (Cidco) and that an enquiry is being conducted into the debris dumping matter.

Last week, The Asian Age had reported that just three days after the HC order upholding the ban on construction or dumping of debris within 50 meters of mangroves, Uran residents alleged that there was a violation of HC order as debris and mud is being dumped within the buffer zone of mangroves.

Fishermen at Telipada stated that debris is being dumped in the mangroves at Nhava Sheva village of Uran district.

Last Friday, officers from the forest department inspected the site and are in process of preparing a report. “On inspection, we found that there has been reclamation in the buffer zone of the mangroves by the dumping of mud and debris.

“As the land belongs to Cidco, we have sought their response on whether they are carrying out such work. Action will be taken after the report is made,” said Kalpana Gode, Uran Tehsildar.