He said it was unbelievable that it had taken seven months to count the defunct notes that were deposited by citizens in various banks. 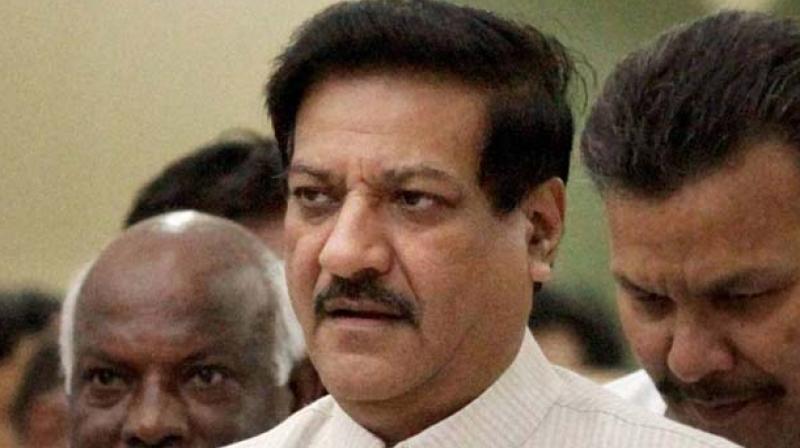 Nagpur: Former chief minister Prithiraj Chavan has alleged that the Narendra Modi government decision to demonetise Rs 500 and Rs 1,000 notes in November last year appeared to be an ‘American conspiracy’.

Terming the move a fraud and an economic disaster, Mr Chavan said demonetisation was not only ill conceived but also applied without planning and preparations.

He said it had all started in 2015 during the visit of the then-UN President Barack Obama when Modi (India) signed an agreement with the United States towards digitisation. Ridiculing the decision, Mr Chavan said nowhere in the world has the use of printed currency notes been stopped.

He said it was unbelievable that it had taken seven months to count the defunct notes that were deposited by citizens in various banks.

Mr Chavan claimed that debit and credit card-providing companies had pushed India into ‘such a trap’ as they earn a handsome commission running into millions from swipes. “A country where only three per cent of population was using plastic money, it (India) was not relevant,” said Mr Chavan.

Mr Chavan added that new evidence was available to prove that the demonetisation exercise was the brainchild of by American financial institutions and credit card companies to reap windfall gains in India by way of transaction charges.

“Through the Richard Durbin amendment as part of Dodd Frank financial reforms legislation, the US senate passed a law regulating swipe fees. A cap of around 21 cents per transaction plus some other incidental charges was imposed in the US. The Durbin amendment caused to major credit card companies revenue loss to the tune of billions of dollars,” said Mr Chavan told a group of select journalists here.

The US companies started lobbying in India and possibly some bureaucrats misled Prime Minister Narendra Modi by exaggerating benefits of switching over to a cashless economy. “But now we all know that it was a big disaster. It can be termed a fraud perpetrated on the countrymen. What was most surprising is took the RBI more than seven months to count the old notes and finally tell the world that almost 99 per cent of that old currency was converted into new notes,” he said.

“In last couple of months, social media has been seething with anger against the BJP government. The Modi magic is waning fast. But to channelise the anger, the Opposition and mainly the Congress party needs to descend on the streets. To make people aware of how the country has suffered on the economic front is something that the Opposition has failed to convey to the people,” Mr Chavan said.