Iqbal Kaskar claims he deals only in cash

The police nabbed Kaskar and his two aides on September 18 in an alleged extortion probe. 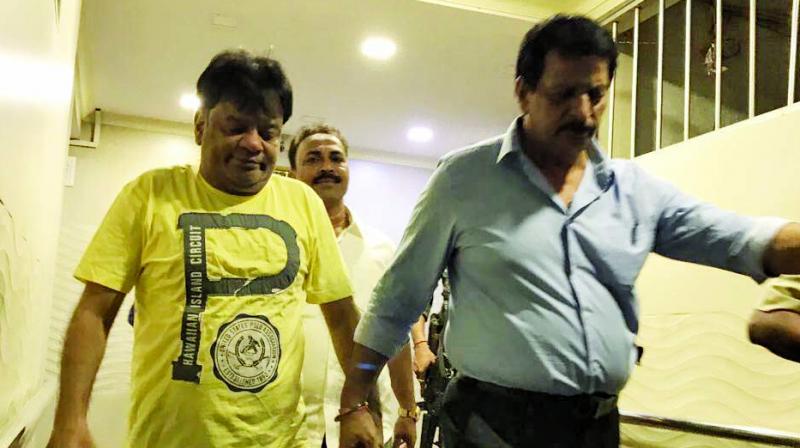 Mumbai: The Thane crime branch is searching for bank details related to Iqbal Kaskar’s bank accounts to ascertain his source of income. During his interrogation, Kaskar told the cops that he never had any bank account and always dealt in cash. Kaskar, who is fugitive gangster Dawood Ibrahim’s brother, claimed that he dealt in cash only and made a living on the rent of two shops that are located on ground floor of his Damarwala residence in south Mumbai. He shifted out of that building recently. The police nabbed Kaskar and his two aides on September 18 in an alleged extortion probe.

While Kaskar’s family including wife and five children reside in Dubai, the D-gang operates out of Pakistan. The police is trying to ascertain if the extortion money made its way to either of the places. The crime branch is searching for bank account details that could be related to Kaskar from all the bank branches located in Bhendi Bazar and Pydhonie area. “During his questioning Kaskar insisted that he had no earnings from illegal activities. He claimed that he dealt in cash only and made a living on the rent of two shops that are located on ground floor of his Damarwala residence,” said a Thane crime branch officer. The police is also ascertaining his suspected role in money-laundering activities.

The revelations came to the fore following his arrest on September 18 from the residence of his sister Haseen Parkar in Nagpada area. The police arrested Kaskar and his two aides Asrarali Sayyad and Mumtaz Shaikh in two separate cases of alleged extortion from a property developer and a jeweller.

After claiming that he lived only on the money that came from his shops, he later claimed that he also had a scrap business. The police however said that they are yet to verify his businesses. The investigators find it hard to believe that Kaskar kept the money in the form of cash at his residence.

The police suspect that he would have deposited the money made from legal or illegal means in one or more bank accounts before routing the major share of it outside India via hawala channel. The cops are tapping hawala operators in this regard.

Meanwhile, the Thane crime branch detained one more person for questioning in connection with extortion cases on Tuesday. The police said that detained person was picked up from Telli Mohalla in J.J. Marg. The accused is a friend of the D-gang henchman.

“Our team went to nab the accused wanted in the case but found his accomplice and we have detained him to question the whereabouts of the accused,” said Abhishek Trimukhe, deputy police commissioner of Thane crime branch. “The man being looked for had made extortion calls on behalf of Kaskar and Dawood. We are looking for 4 persons in all,” added Trimukhe.

The police said the detained person also has criminal past but no link has been found with the current extortion cases yet.