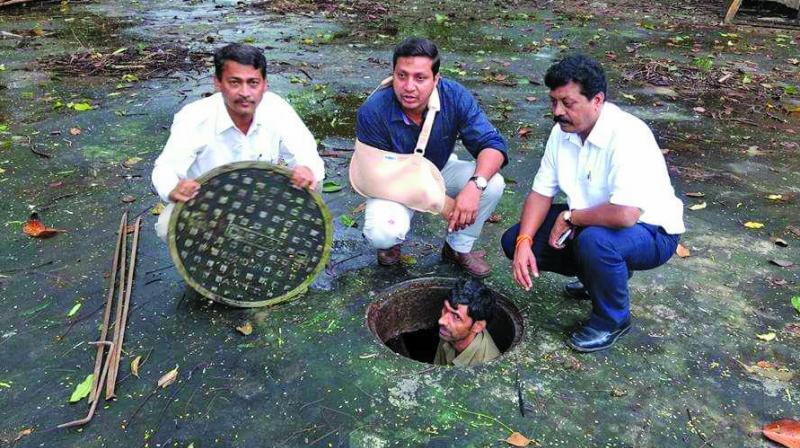 The tanks have a total storage capacity of 1.57 crore litres.

Mumbai: Water from 66 underground tanks in the city built during the British era will now be used for disaster management works and firefighting operations.

The Brihanmumbai Municipal Corporation (BMC) has handed over these tanks, which have a total storage capacity of 1.57 crore litres of water, to the fire brigade to ensure their use.

Last year, Avkash Jadhav, the then nominated corporator by the Shiv Sena, had found an underground water tank at Chhatrapati Shivaji Maharaj Vastu Sangrahalaya. The 70-year old tank has a storage capacity of 2.5 lakh litre of water. 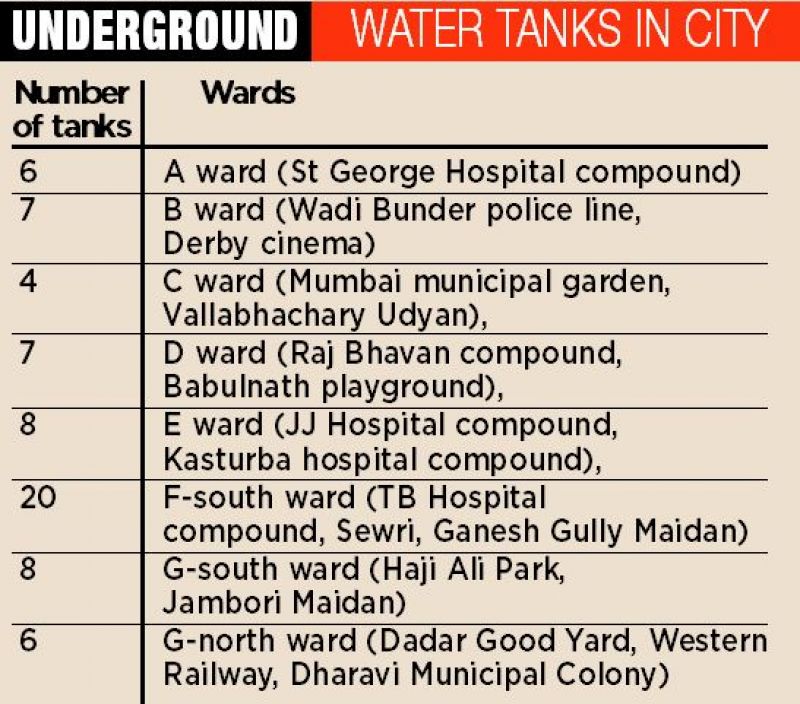 Following this, Mr Jadhav conducted a search in the city for such tanks and discovered 66 such underground water tanks built by the British.

These tanks were handed over to the BMC by the state government’s public works department (PWD) in 1960. Of the 66 tanks, eight are in buried condition.

Mr Jadhav had demanded that the underground tanks be preserved and used as an alternative water source for the fire bridge during firefighting operations. These tanks should be specifically marked as water bodies in Development Plan 2034, he said.

Following this, the BMC has decided to hand over the tanks to the fire brigade. “They can be used during disaster situations and for firefighting operations. Hence, they have been handed over to the chief fire officer,” said a senior civic official.

Expressing happiness over the decision, Mr Jadhav said, “The main intention behind the demand was to ensure that tanks should be preserved and used for a good purpose. With the city facing water shortage, water from these tanks can be used by the fire brigade for firefighting works. This would ensure the loss of water from other sources.”