Speaking on the 16th foundation day of the party at Shivaji Park, Mr Jankar claimed that Mr Dutt would soon join his party. 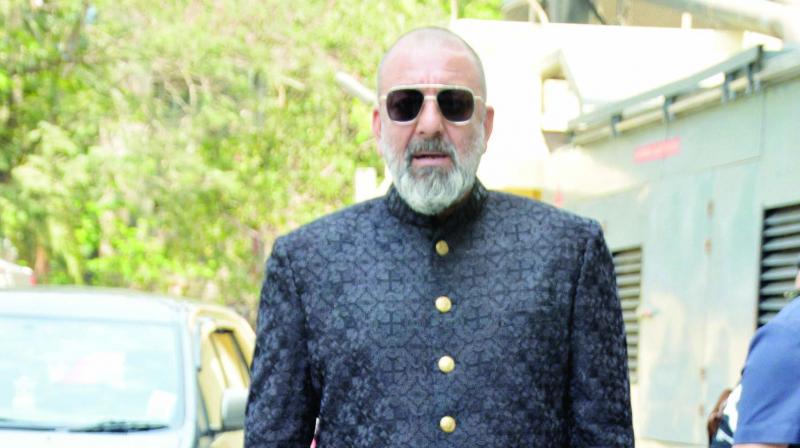 Mumbai: In a sensational revelation that is bound to create ripples ahead of the Assembly elections, Rashtriya Samaj Paksha (RSP) chief Mahadev Jankar on Sunday said that Bollywood actor Sanjay Dutt is likely to join the party on September 25.

Speaking on the 16th foundation day of the party at Shivaji Park, Mr Jankar claimed that Mr Dutt would soon join his party.

“Sanjay Dutt was supposed to join the RSP today itself. However, his induction had to be postponed due to a mix-up in the dates. But he would soon join the party,” said Mr Jankar.

Those engaged in social and political work are coming to our party. Therefore, the party has to be re-constituted to expand it to far-flung areas. Hence, the party’s new state executive will be announced within a month, he added. Mr Dutt also offered best wishes to the RSP through a video message.

“Jankar is like a brother to me and I wish him all the best. Had I been present here, I would have definitely attended the event,” he said in the message.

If Mr Dutt joins the party, he will be following in the footsteps of his father, Sunil Dutt, who was a Congress leader and a Union minister in the Manmohan Singh Cabinet. Mr Dutt’s sister, Priya, was also been a two-time MP from the city.

The RSP chief, who is also a minister for animal husbandry in the state government, made it clear that his party will not contest the upcoming Assembly polls on the lotus symbol. We will fight on our own symbol, he added.

“We did not get a single seat to contest in the Lok Sabha poll, still we supported the Bharatiya Janata Party-Shiv Sena alliance. However, we now want 14 seats in the upcoming Assembly polls,” said Mr Jankar.

Meanwhile, BJP leader and state minister Pankaja Munde, who was also present at the event, assured that the ally party shall be shown respect and would be given appropriate number of seats.