Guard booked for beating up dog in Powai

The incident took place at L&T Emerald Isle complex in Powai and a resident from the same society shot the video of the assault. 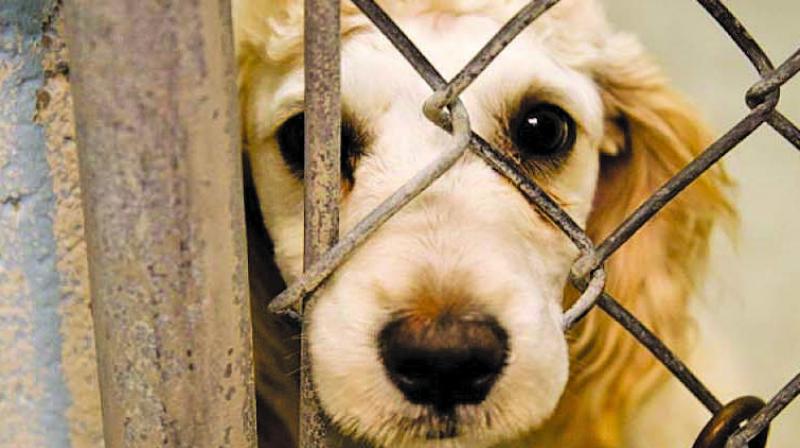 Mumbai: The Powai police booked a watchman of a plush housing complex for beating up a female dog for taking shelter inside the parking lot.

The police arrested the security guard after the Animal Welfare Board of India and Plant & Animals Welfare Society lodged a complaint in connection with a video of a dog being beaten up went viral. The incident took place at L&T Emerald Isle complex in Powai and a resident from the same society shot the video of the assault.

“The security assaulted the female dog after she was found resting in the parking area of the complex to avoid rains. The dog was later taken for treatment,” said an officer of Powai police station.

The video captured the accused beating and kicking the dog on July 18. The dog ‘Filly’ was assaulted after some of the residents asked the guard to do so. While the probe is underway to ascertain who sought for the assault, the society has terminated the contract with the security agency.

The police have booked the accused watchman and others in a case under section 429 (mischief by killing or maiming cattle) of the IPC.

Tags: animal welfare board of india