The Nationalist Congress Party (NCP) MLA from Guhagar, Bhaskar Jadhav, is also likely to return to the Sena. 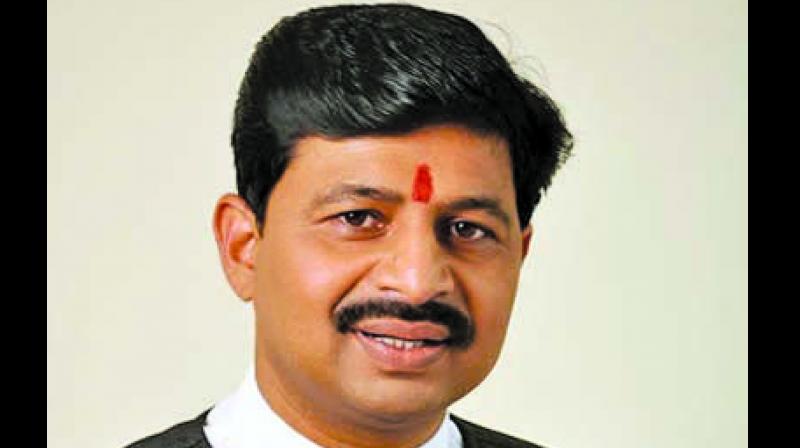 Mumbai: In a major jolt to Virar strongman and MLA Hitendra Thakur, his party’s MLA Vilas Tare from the Boisar segment joined the Shiv Sena on Sunday. The Nationalist Congress Party (NCP) MLA from Guhagar, Bhaskar Jadhav, is also likely to return to the Sena.

Mr Tare, a two-time MLA from the Thakur-led Bahujan Vikas Aaghadi (BVA), joined the Sena in the presence of party chief Uddhav Thackeray at his residence Matoshree.

According to sources, he held a closed-door meeting with Sena leaders before taking a final call of joining the Uddhav Thackeray-led party. Senior Sena leader Eknath Shinde is believed to have been instrumental in bringing Mr Tare to the Sena camp.

Earlier, when asked about Mr Tare’s decision to join the Sena, Mr Thackeray said, “This is due to growing popularity of the Sena. We have not set up any target but people are returning to the party because they appreciate our performance in the last five years.”

Mr Tare said he joined the Sena considering the “interest of voters”. “I had started my political career as a Shiv Sena worker. My close aides and supporters convinced me to return to Sena keeping the voters’ interest in mind. I have not left Aghadi (UPA) because I was disappointed with someone,” he said.

In the recently held Lok Sabha polls, the BVA had fared poorly in the Boisar constituency. The BVA had lost to the Sena candidate in the Palghar Lok Sabha constituency seat. Due to this, Mr Tare feared that he might not get a ticket for the upcoming Assembly election. The BVA had also lost its election symbol, the whistle, during the LS polls.

Meanwhile, Mr Jadhav also met Mr Thackeray at Matoshree and held talks for about an hour. This has led to speculations that the senior leader is also on the way to Sena.

However, the leader said, “These are just rumours. I will remain with the NCP.”

“Mr Jadhav may join the Sena in the coming days. You need to watch developments in the coming days,” said a Shiv Sena official. None of Mr Jadhav’s close aides confirmed the agenda behind his meeting with Mr Thackeray.

Mr Jadhav was earlier with Sena, but later he joined the NCP where he served as a statue unit president of the party. He was elected from Guhagar in 2014 after defeating Shiv Sena heavyweight Ramdas Kadam.