The doctor decided to pay them at Koparkhairane in Navi Mumbai. 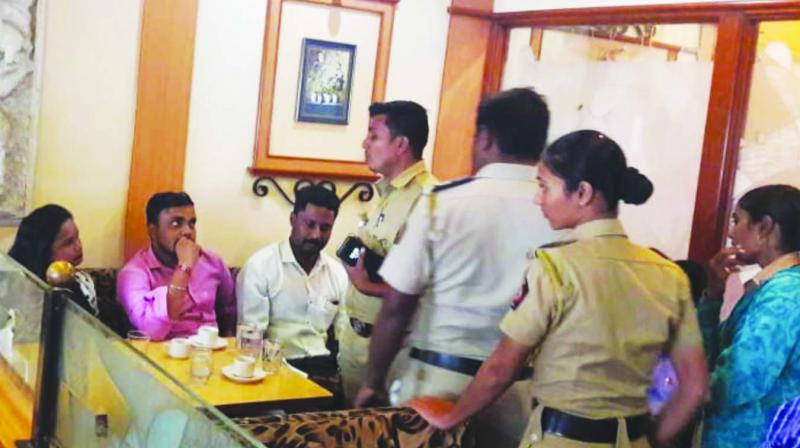 The accused demanded Rs 2 lakh from the doctor.

Mumbai: The Thane police arrested a gang of five who posed as crime branch and Food and Drug Administration (FDA) officers on separate occasions and extorted money from doctors threatening legal action against them. The accused were arrested when they were in Mumbra demanding Rs 2 lakh from the doctor.

The arrested accused were identified as Anita Thapa (40), Savita Jadhav (30), Ashok Shirvade (30), Sandeep Kamble (32) and Sailesh Yadav (31) who demanded Rs 2 lakh from one Nadeem Baig claiming they had found a pregnancy termination kit from his clinic on Thursday. The gang threatened to bring it in public domain and initiate legal action against Baig if he failed to pay them. The doctor however told them that the kit did not belong to him and found the allegation and their way of communication suspicious.

“Baig was stumped by their reaction to this, as they started recording a video clip of the clinic asserting they would complain to medical authorities. Baig then agreed to pay Rs 1.5 lakh to dissuade them from raising further allegations,” said an officer of Thane police.

The doctor decided to pay them at Koparkhairane in Navi Mumbai. Ahead of the meeting Baig spoke to other doctors and informed them about the incident. They all witnessed the conversation in the hotel and after the money was paid they held all the five persons and alerted the police who rushed to the spot and took them in the custody.

All the five accused have been handed over to the Shil Daighar police, which has registered a case under sections of Indian Penal Code, for extortion and personation against them. They have been remanded to the police custody for further investigation.