Realtors refraining from taking up work in Dharavi. 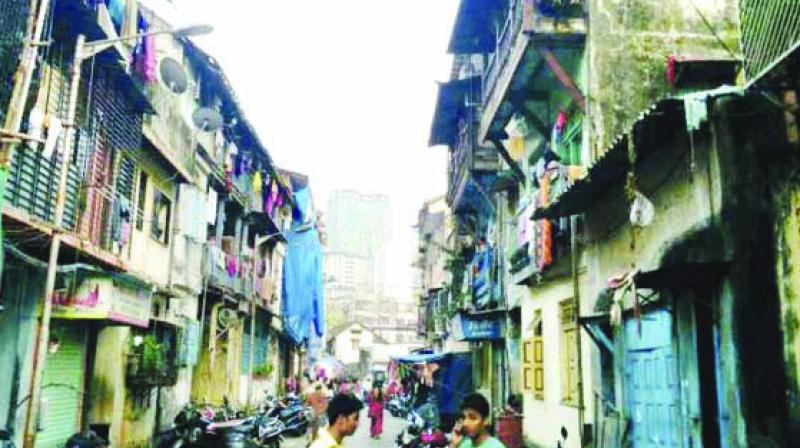 The revamp had been planned from Sagar Hotel, Kamathipura first to 16 lanes.

“We had given advertisements, and in response we received proposals from more than 15 developers. Unfortunately, no one is willingly coming forward to invest in the project,” said Rajendra Satla, general secretary of Kamathipura Landlords Association (KLA). The revamp had been planned from Sagar Hotel, Kamathipura first to 16 lanes and Shuklaji Street to Do Taki. Skyscrapers were planned for the century-old buildings. “I have been regularly following up with the developers, but the current market status has affected the work. Tenants regularly complain about the bad living conditions there,” said Amin Patel, MLA of the area.

According to a recent report by ANAROCK Property Consultants, the overall unsold inventory in the city right now accounts for around 2,300 full-sized football fields or 7,700 cricket stadiums. “Developers here have to pay hefty taxes on unsold inventory, and that most of them are so cash-strapped that they cannot launch any new projects until they have sold what they already have in hand,” read the report.

“The basic and the really important reason for this is GST. Of course, there is a slump in the market but more than the slump, GST is the bigger issue because with redevelopment it is still not clear whether the GST is to be paid or not. Moreover, the tenant is not ready to bear this cost and the developer can’t afford it. Until and unless this issue is clarified, it is very difficult to find developers,” said Rajan Bandelkar, president-elect, NAREDCO west, a developers’ body.

“There are several permissions and approvals that go into getting redevelopment started. Along with this, it also requires enough financial support,” said Amit Wadhwani, MD, Sai Estate Consultant.