The news of his death spread quickly and furious protesters upped the ante in Marathwada. 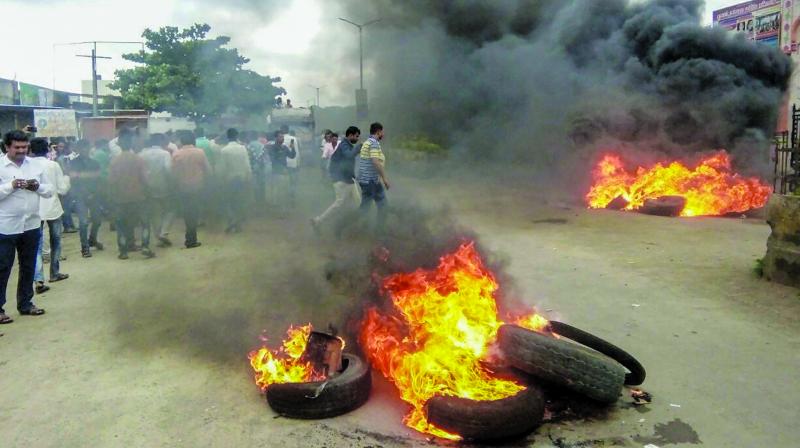 Mumbai: The statewide agitation, demanding reservation for the Maratha community, saw another victim on Wednesday. Jagannath Vishwanath Sonavane, a 50-year-old protester, who had consumed poison on Tuesday, died in a hospital on Wednesday in Aurangabad.  The news of his death spread quickly and furious protesters upped the ante in Marathwada.

Mr Sonavane was immediately taken to a hospital by fellow protesters as well as police. He was admitted in a hospital in Aurangabad district where he died on Wednesday morning. It is the second death in the agitation. Earlier, Kakasaheb Shinde, a 28-year-old youth from Aurangabad, had jumped into the Godavari River and died.

Mr Shinde's death fuelled more anger and protesters became aggressive on Wednesday. MKM activists came onto the roads across Marathwada, protesting against the death of Mr Sonavane and for reservation. They blocked the Aurangabad-Jalana road, and the agitation spread to Parbhani, Jalana, Ghanavangi, Paithan and other cities of Marathwada. The stir also reached Nanded district where the police registered FIRs against 300 protesters for blocking roads.