The incident took place outside Dadar station at around 11pm while the presence of people was scarce. 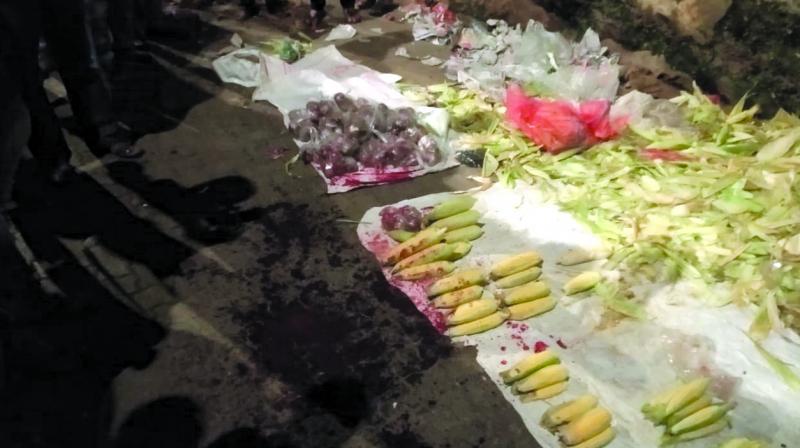 A team of Shivaji Park police rushed to the spot and Siddiqui was taken to KEM Hospital where he was declared dead on arrival.

Mumbai: The Shivaji Park police in Dadar arrested a vegetable vendor for stabbing his customer to death over paying with an ‘old’ Rs 10 currency note late on Monday night. The police said that the victim, Mohammed Hanif Siddiqui had a squabble with vendor, identified as Soni Lal Mahanto, after the former handed an ‘old’currency note while purchasing from him.

The incident took place outside Dadar station at around 11pm while the presence of people was scarce.

After Siddiqui, a Sakinaka resident dolled out an old Rs 10 note, Mahanto asked for a replacement of it. The duo had a civil conversation however it turned sour soon after.

The victim then paid no heed to it and started walking away from there. This angered Mahanto and he charged at Siddique with a knife and stabbed him from behind. The accused fled from the spot following the incident and the witnesses informed the police control about the incident.

“The vegetable vendor stabbed him multiple times on his back and fled from the scene soon after. The people stood awestruck at the scene of incident as Mahanto stabbed the victim in fit of rage,” said an officer of Shivaji Park police station.

A team of Shivaji Park police rushed to the spot and Siddiqui was taken to KEM Hospital where he was declared dead on arrival. The police fanned out in Dadar and other areas to track down Mahanto and succeeded in tracking him down early on Tuesday. He was hiding in the alleys near Dadar station, officials said.

The police have arrested Mahanto and have registered a case of murder against him under section 302 of the Indian Penal Code. The officials are verifying his antecedents and to ascertain if the accused has previous criminal record in Mumbai.