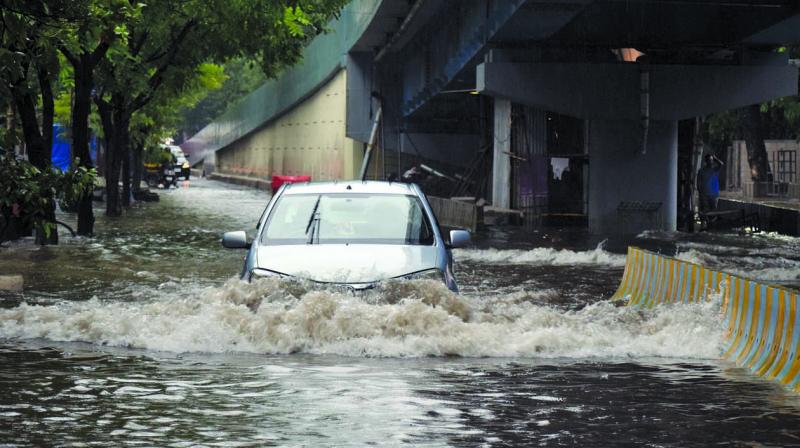 Mumbai: The weather department has forecasted about heavy rain spells for the rest of June in Mumbai and adjoining areas, with very heavy rain expected for the next 12 hours. During 24 hours since 8.30 am at Sunday, the city recorded 231mm of rainfall at the Santacruz observatory.

According to the Indian Meteorological Department (IMD), this is the first extremely heavy rainfall recorded in Mumbai in the year. Moreover, this is the second time that June has recorded rainfall above 200mm in one day, since 2015, as heavy showers of 283.4mm were recorded during the month. Meanwhile, the Thane district received 229.81 mm rain in the last 24 hours.

“These heavy showers are due to a cyclonic circulation over north Konkan and adjoining south Gujarat and another circulation in the Bay of Bengal. The rain activity is expected to increase in the coming week, with scattered heavy to very heavy rain on Wednesday and Thursday in parts of north Konkan, including Mumbai,” said an IMD official.

In the western and eastern suburbs, Borivali recorded the highest rainfall at 237mm followed by Prabodhankar Thackeray Audi (229mm), Kandivali (228mm), Dahisar (215mm), Bhandup (182mm), Mulund (178mm) and Gawanpada (176mm). The rains also brought down the pollution level in the city’s air significantly. The air quality index (AQI), an indicator for pollutants in the air, was 13 according to the system of air quality and weather forecasting and research (SAFAR).