Heavy rains force office-goers to return and work from home

Office-goers opted to head back home after being stuck for prolonged periods in bumper-to-bumper traffic on roads earlier Monday. 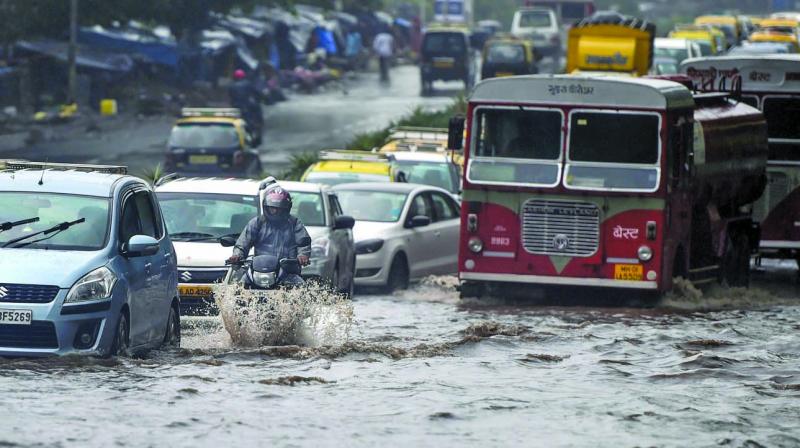 Mumbai: Amid heavy rain and the Indian Meteorological Department’s (IMD’s) forecast of even more during the day, several office employees on Monday either returned home or opted to work from home to avoid getting stranded.

Office-goers opted to head back home after being stuck for prolonged periods in bumper-to-bumper traffic on roads earlier Monday. Kandivali resident Sharan Apte said that he was stuck in traffic on the western express highway for nearly 45 minutes, waiting for an opportunity to turn on Ghodbunder Road which would take him to his office at Thane.

“I apprised the office of my situation and they told me that rather than spending more time on the road, I should go home and log in from there,” he said.

Another resident of Bandra who was a her office at Mahalaxmi said that in light of the incessant rains my family wanted me to stay home as there was anticipation of heavy rain during the day. Manisha Dhodke, a pharmacist, said, “As I had been stuck in office due to heavy rain last year, I requested my office to allow me to work from home, which was permitted,” said Manisha Dhodke, a pharmacist.

A doctor from Chembur said that he had to reschedule the appointments of many patients after they called and said they were afraid of getting stuck in the rain.

However, many students who had applied for revaluation and copies of their SSC answer sheets braved the rain to reach the board office to collect the same. Viraj Jani said, “Despite the rain, I took a train to Vashi from Khar because if I had missed collecting a copy of my answer sheet, I would not have got it thereafter.”