A staff union official alleged that the worker was not sanctioned a sick leave despite him complaining about body pains. 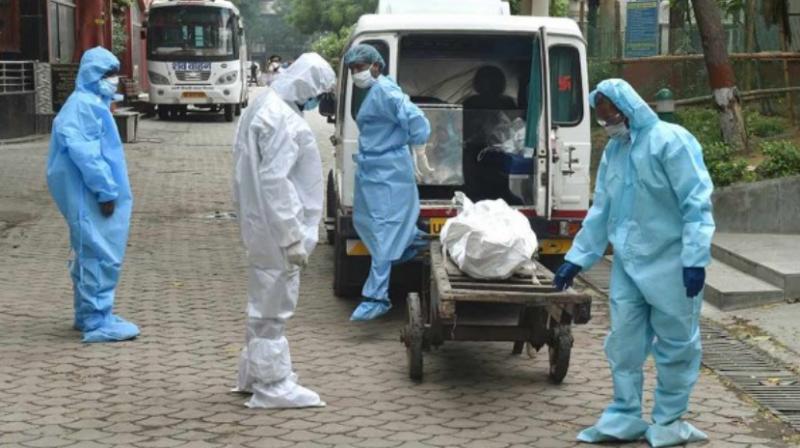 Mumbai: The death of a worker posted at Mumbai's KEM hospital triggered a protest by employees on Tuesday alleging apathy by the city civic body towards their working conditions amidst the COVID-19 crisis.

A staff union official alleged that the worker was not sanctioned a sick leave despite him complaining about body pains.

"The worker had complained of body ache and weakness over the last two days but he was not sanctioned leave," he said.

The official claimed that the worker hardly received any treatment and was not even tested for coronavirus.

"His death shows the apathy of the BMC administration towards us. If we are not given (any basic protection like) gloves and face shields, our life could be in danger," he said.

The official demanded concrete steps from the BMC.

Like other healthcare facilities, the KEM Hospital, run by the Brihanmumbai Municipal Corporation, has been stretched to the limit because of rising virus cases and inadequate staff.

Among more than 52,000 coronavirus cases in Maharashtra, 31,972 cases were reported from Mumbai city, where the death toll crossed the 1,000-mark on Monday.