Residents have stated that both the civic body and state government are not addressing the problem of air pollution at Mahul. 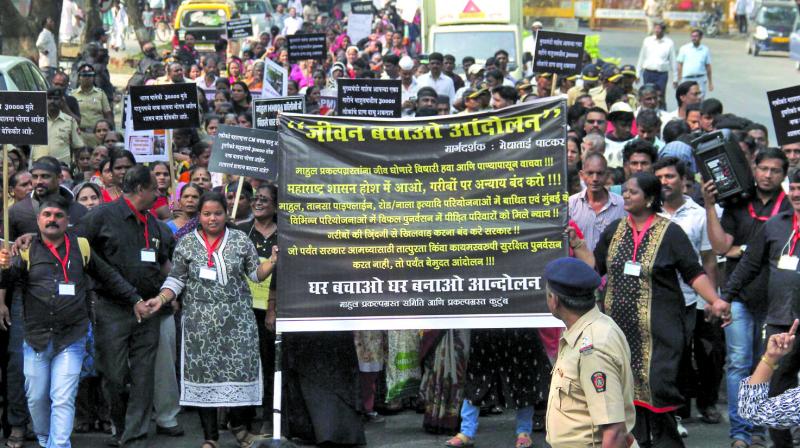 An earlier protest carried out by Mahul residents.

Mumbai: Mahul residents have decided to strengthen their protest after the Supreme Court stayed the Bombay high court's order of providing compensation for project-affected persons (PAP) who have been shifted to Mahul. The Brihanmumbai Municipal Corporation (BMC) had argued in the apex court that it is unviable for the civic body to provide Rs 15,000 as rent per month for each PAP along with Rs 45,000 as deposit money.

Residents have stated that both the civic body and state government are not addressing the problem of air pollution at Mahul. “The apex court has been submitted the old reports rather than the recent ones which shows an alarming rate of pollution in Mahul. The IIT Bombay report also highlighted that Mahul is unfit for human settlement,” said Bilal Khan, a Mumbai based activist working towards shifting Mahul residents.

While the HC has stated that the compensation must be provided by June 26, however till now none of the affected persons have received it. Residents have also been pleading the state government to provide rehabilitation in Kurla after the state home minister gave them the assurance earlier in November 2018.

Residents also stated that the BMC has falsely claimed that 88 persons have died due to pollution in Mahul, while the number of deaths has been up to 200 according to an RTI query.