The source said that Deepali was very strict with Siddhant & would not let him log onto social networking websites or spend time on his mobile phone. 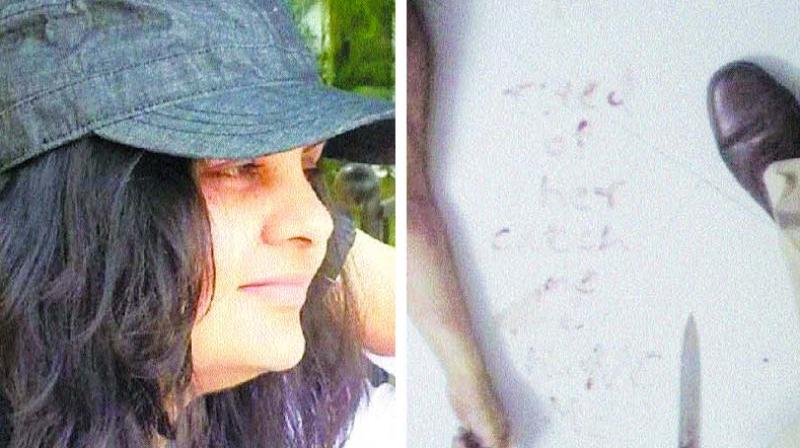 Deepali Ganore, who was murdered and the killer left a note beside the body.

Mumbai: Siddhant Ganore, 21, who allegedly killed his mother Deepali by stabbing her nine times, was allegedly “frustrated with her”. Police sources revealed that Siddhant expressed no remorse over murdering his mother after being detained in Jodhpur on Thursday by local police following an alert from Mumbai police.

The Mumbai police took custody of Siddhant in Jodhpur and he will be brought back to the city for further investigation. A source from Vakola police, which is probing the case, said that Siddhant was calm and composed. “He did not try to escape or run away or even make an attempt to resist arrest. He was in fact even speaking to some media persons present at the police station,” said the police source.

Siddhant is the son of police inspector Dyaneshwar Ganore, who is attached to Khar police station. Dyaneshwar led the investigation in the high-profile Sheena Bora murder case.

According to the police source, Deepali, a law degree holder, was very worried about her son's academics. “Siddhant dropped out of engineering college and enrolled himself in a graduate course at National College. There too, he did not fare well and had failed in many subjects.”

The source said that Deepali was very strict with Siddhant and would not let him log onto social networking websites or spend time on his mobile phone.

He ran away from home a few months ago only to return after his parents pleaded with him.