The incident has shocked the people in Shirur as the godman and his brother Aba Chalak, are popular figures. 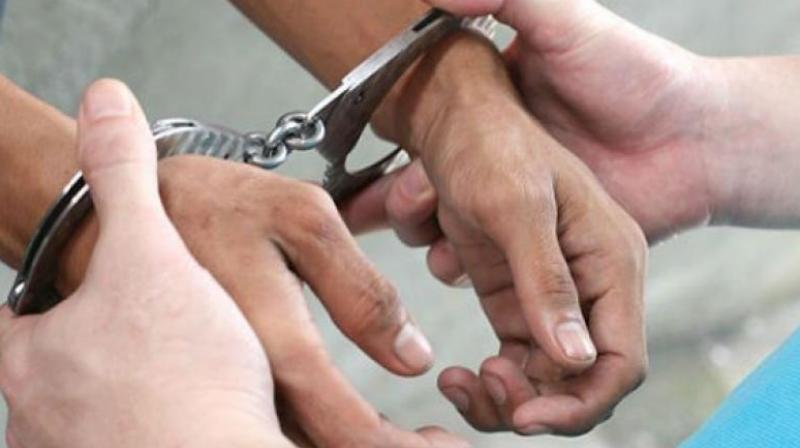 Pune: Self-proclaimed godman Chalak Maharaj, who is known for his devotional singing, and his brother were arrested on Thursday on charges of molesting two minor sisters on the pretext of teaching them at his ashram at Ranjangaon, near Shirur in Pune.

The case was registered with the police after the girls complained to their parents. Dayanand Gawade, police inspector, Shirur, said, “We are also trying to contact other girls at the Ashram to know whether they have gone through same experience.”

The incident has shocked the people in Shirur as the godman and his brother Aba Chalak, have been popular figures and regularly deliver sermons across the town and their ashram called Pasayadan Gurukul in Dnyandip Nagar. They have been running  a residential school offering spiritual education to children for free of cost for more than five years. The ashram has 15 to 16 girls.

As per the FIR lodged by a farmer from Ahmednagar, his daughters, one 13 and the other 11, were admitted at the Pasayadan Ashram in June 2016 for spiritual education. In December 2016, the elder daughter called her father and said she did not want to stay in the ashram. But her father counselled her to concentrate on studies. In January 2017, a man named Pathare, grandfather of another girl staying at the ashram, informed the father about molestation incidents in the ashram. He then met another man named Dhawale, father of a girl staying in the ashram, and realised she too was undergoing a similar experience.

The father finally went to the ashram where his daughters told him that the godman and his brother had been molesting them.