Mr Sahastrabuddhe said, “This presentation is our attempt to inform people about how we are completing our manifesto of 2014.” 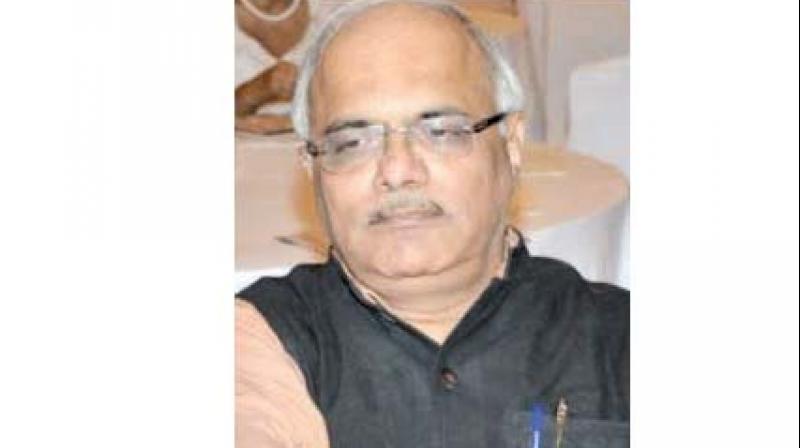 Mumbai: The BJP kicked off its “blitzkrieg” campaign on the eve of the Prime Minister Narendra Modi-led government completing three years in power. BJP vice-president and Rajya Sabha member, Vinay Sahastrabuddhe, held terror groups and separatists responsible for the situation in the Kashmir valley.

“It is a deliberate attempt by separatists in Kashmir and some in other parts of the country who are against various infrastructure developments undertaken by the PDP-BJP led government,” said Mr Sahastrabuddhe. He was fielding media queries during a press conference on three years of the Modi government. He referred to the central government’s “achievements” over the past three years and claimed it had crossed many milestones. Pamphlets and booklets talking of the BJP government’s achievements were distributed.

The party is planning various programmes and press conferences to place the government’s work in the past three years before the public. Its leaders are out across all states to inform the masses about the government’s achievements. Asked about Mumbai’s response, Mr Sahastrabuddhe said, “People have shown full confidence in the Modi government. You have seen the great success in recent elections. Tough decisions such as the surgical strike and demonetisation have been taken and people have largely supported them.”

During a PowerPoint presentation, Mr Sahastrabuddhe said, “This presentation is our attempt to inform people about how we are completing our manifesto of 2014.”

On the issue of internal security, he said, “Irrespective of the Sukma incident, there has largely been control on internal security issues. Naxal activities are under control and the union government’s drive has been effective enough. Such activities will be further reduced for sure.”