Vikhe-Patil steps down as Congress LoP

Sources said that Vikhe-Patil is campaigning for Shiv Sena candidate Sadashiv Lokhande in Shirdi, hence the notice was served to him. 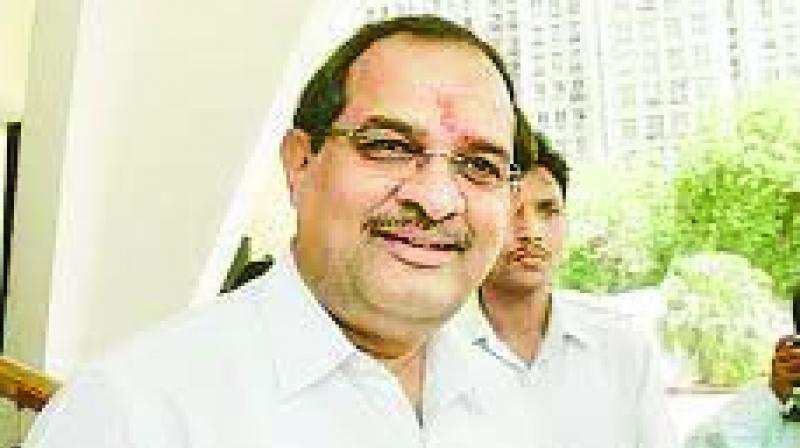 Mr Chavan said that Mr Vikhe-Patil had sent his resignation letter to the party high command, offering to quit the post of LoP, after his son Sujay joined the Bharatiya Janata Party (BJP) last month. The party has also issued a show-cause notice to Mr Vikhe-Patil for anti-party activities.

Mr Chavan made this announcement in Shirdi while addressing a press conference. The development comes a day before Mr Gandhi’s rally in Sangamner in Ahm-ednagar district.

This political development has paved the way for Mr Vikhe-Patil to join the BJP. Sujay had joined the BJP on March 12 and he had been fielded from Ahmednagar Lok Sabha constituency.

Mr Vikhe-Patil’s aide said the leader has not resigned from the party.

Sources said that Mr Vikhe-Patil is campaigning for Shiv Sena candidate Sadashiv Lokhande in Shirdi, hence the notice was served to him.

The Asian Age had reported on Wednesday that the party would decide action against Mr. Vikhe-Patil who had not campaigned in the general election anywhere in the state for the Congress party despite being made the star campaigner for the party.

He also said that Vikhe-Patil wanted Ahemadnagar Loksabha seat for his son but the seat was not given to him owing alliance with NCP.

The Congress state president appealed that we want that Vikhe-Patil should work for the Congress party; he should bury all the differences and complaints. He should remain in the party.