Turk had suffered a paralytic attack last year. The cause of death will be known after the autopsy report is available, the superintendent added. 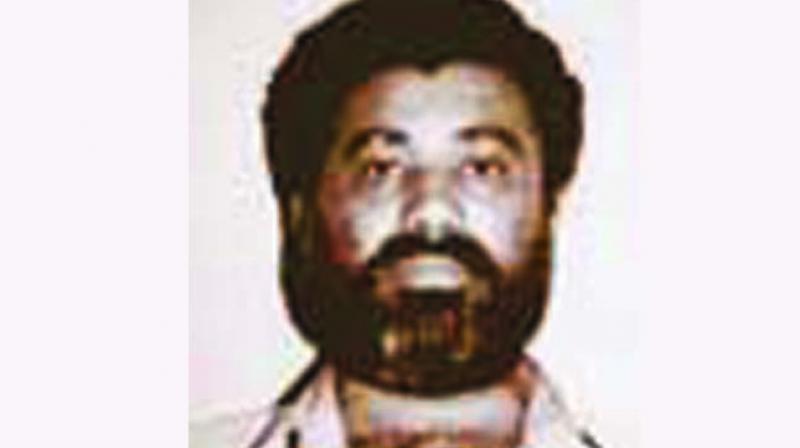 Mumbai: Abdul Gani Turk (68), convicted in the 1993 Mumbai serial blasts, Thursday died at Nagpur Central jail where he was lodged after his conviction.

Turk, a former employee of prime absconding accused Tiger Memon, was awarded capital punishment for parking a jeep filled with RDX at Century Bazaar in Worli. This blast caused the maximum fatalities – 113 – and injured 227 people.

Later, the Supreme Court commuted Turk’s death penalty to life sentence and then he was shifted to Nagpur jail in 2012.

According to Nagpur jail superintendent Rani Bhosle, Turk was not keeping well for some time and was taken to the Government Medical College and Hospital (GMCH) here on April 22. Later, he was brought back and treated at the prison hospital. He fell unconscious Thursday morning and was rushed to the GMCH where he was declared dead around 12.45 pm.

Turk had suffered a paralytic attack last year. The cause of death will be known after the autopsy report is available, the superintendent added.

Actor Sanjay Dutt was among those convicted in this case though he was acquitted from the charges of TADA and convicted under the Arms Act. The serial blasts killed 257 people and injured hundreds more.

The court convicted a total 100 persons in this case, of whom, three were sentenced to death and fourteen others to life imprisonment.