Sena leader's wife had hatched the conspiracy to kill her husband over his affair, and hired Pramod Lute for the contract. 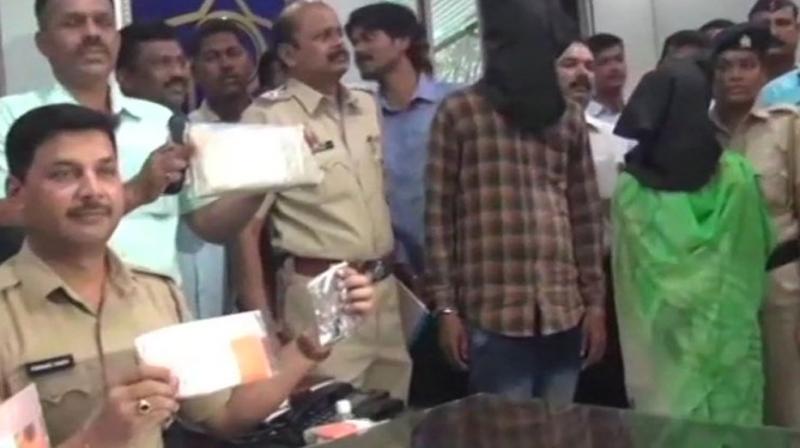 Shailesh Nimse used to beat his wife and she feared that he would desert her and deprive her of the property rights. (Photo:

Thane: Police probing the murder of a Shiv Sena leader from Shahapur, whose half-burnt body was found at a village in Ganeshpuri in the district five days ago, on Wednesday claimed to have cracked the case with the arrest of his wife and a 'contract killer'.

Police had recovered the body of Shailesh Nimse, 43, who was Sena's former office-bearer of Shahapur tehsil, on April 20 near Devchole village in Bhiwandi tehsil in the district.

He said Sakshi had hatched the conspiracy to kill her husband over his affair with another woman, and hired Pramod Lute for the contract.

"Police had earlier detained Lute as part of the probe. During his interrogation, he admitted that he killed (Shailesh) Nimse with the help of his friends and disposed of the body at Ganeshpuri," he said.

"The deceased was in an affair with another woman. Since his wife knew about it, they used to frequently quarrel over the issue. Nimse used to beat his wife and she feared that he would desert her and deprive her of the property rights," Kadam said.

Therefore, she hatched a conspiracy to eliminate him and gave the contract to Lute by offering Rs. 1.50 lakh, he added.

"The conspiracy to murder Nimse was hatched at Lute's house at Atgaon in Shahapur. As planned, the door of the house was kept ajar on the night of April 20 to let the killers enter easily. Once they came in, they strangulated Nimse using a belt. Thereafter, they took his body in his car and burnt it at Devchole village," Kadam said.

They also placed a liquor bottle near the body and parked his car some distance away. They had earlier decided that the body should be half-burnt so that final rites can be performed later, he added.

Police said that Sakshi had paid Rs. 1.50 lakh to the killers in two instalments.

A search has been launched to nab other accused in the case,  Kadam added.