IMD officials stated that Mumbai's temperature is expected to rise till 37 degrees by the next week. 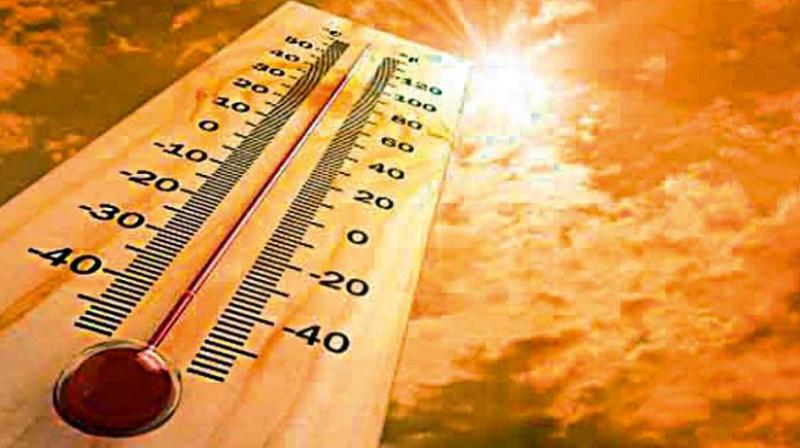 The minimum temperature recorded on Wednesday was 23.4 degrees, at par with the normal average.

Mumbai: Mumbai witnessed yet another scorching day as the day temperatures soared up to 35.6 degrees on Wednesday, two degrees higher than that of the last week. Moreover, the humidity levels recorded for the day were as high as 82 per cent, which made the day even more sweltering. According to officials of Indian Meteorological Department (IMD), the weather conditions could be attributed to the hot northerly winds.

The minimum temperature recorded on Wednesday was 23.4 degrees, at par with the normal average. "The temperature is expected to soar in coming days.

The northerly winds from northern states like Madhya Pradesh are bringing in dry and hot winds due to which mercury is rising in Mumbai," said an IMD official. Meanwhile, the heat wave conditions prevailed in few parts of Saurashtra and Kutch.

"A trough lies from cyclonic circulation over west Uttar Pradesh and neighbourhood to South Konkan & Goa across west Madhya Pradesh and Marathawada at 0.9 km above mean level," read the IMD's weather inference note.

IMD officials stated that Mumbai's temperature is expected to rise till 37 degrees by the next week.

Meanwhile the air quality in Mumbai remained 'moderate' on Wednesday. The over-all Air Quality Index (AQI) for Mumbai was recorded at 116. While the air in Borivali, Malad and Colaba was ‘satisfactory’ , Bandra Kurla Complex recorded 'poor' AQI at 215.

CR services disrupted
Due to heat and non-maintenance of track, the Centeral Railway services were disrupted for 30 minutes on Wednesday afternoon. A motorman of local train found the track had been twisted at Curry Road Station. With a cautious approach, he stopped the train so that any untoward incident can be averted. However, the move led to bunching of the trains on slow upline of the CR.  An official of CR said, “Due to heat and continuous hammering of the wheels on the track, the track has been bent. It will normalize once the temperature will down in evening.” Senior public relation officer of CR, Anil Kumar Jain said, “The services were disrupted between 2.05 pm and 2.30 pm. The services on slow upline were diverted on fast track during this period between Parel to Byculla.”