The ‘sarp mitras’ are divided into two groups, one of which seem to be target Kadam. 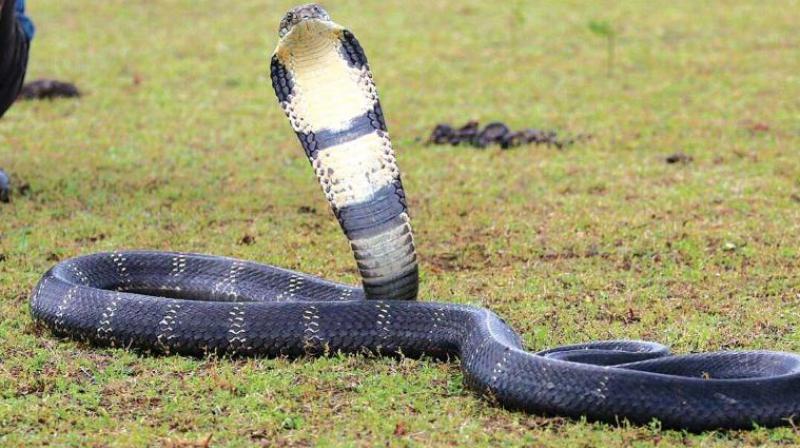 The snake handler in question, Ajay Pawar, who had been bitten between his lips and nose by a cobra while trying to kiss it on October 28 last year, was bitten on his left wrist this time. (Representational Image)

Mumbai: Priyanka Kadam, who has been working to create awareness about snake handlers, had to face foul language from snake lovers after she shared a post about one of the handlers being bitten by a snake while handling it.

The snake handler in question, Ajay Pawar, who had been bitten between his lips and nose by a cobra while trying to kiss it on October 28 last year, was bitten on his left wrist this time. Although a picture showing his snake bite was posted on the social networking website, other handlers allegedly also into performing stunts with reptiles, claimed that the picture had been edited and was a deliberate attempt to tarnish Pawar’s image. They threatened Ms Kadam, abused her and even demanded an apology from her for posting wrong information.

In reply, Ms Kadam posted, “All of you handlers like posting stunt pictures and no action has been taken against any of you. Hence, the courage and confidence to troll people who post any snake rescuer bite details. If you mean well — change your ways and do things as per the law! I do not have any personal enmity with any particular person to be maligning their image. My aim is to spread awareness, which I will do. I would like to appeal to the local FD to investigate and take requisite action.”

Sunil Limaye, chief conservator of forests, Thane forest department, said, “Handling snakes is disturbing wildlife — which, without informing us, is unethical. We will have to look into this and will take strict action against these people for posting such comments.”

Sympathising with Ms Kadam, Kedar Bhide, a renowned herpetologist, said, “This appears to be a planned move by a group of people with some specific aim. The ‘sarp mitras’ are divided into two groups, one of which seem to be target Kadam. Action needs to be taken against unethical snake rescuers.

Pawar, speaking to The Asian Age, said the picture was, in fact, the result of a prank. “I was in the hospital for a high fever when a friend took a photo of me lying in bed and shared it, saying that I had been bitten by a snake.” He also claimed he has left the profession.