Three burglars entered the house by breaking the kitchen window while the remaining two kept watch outside. 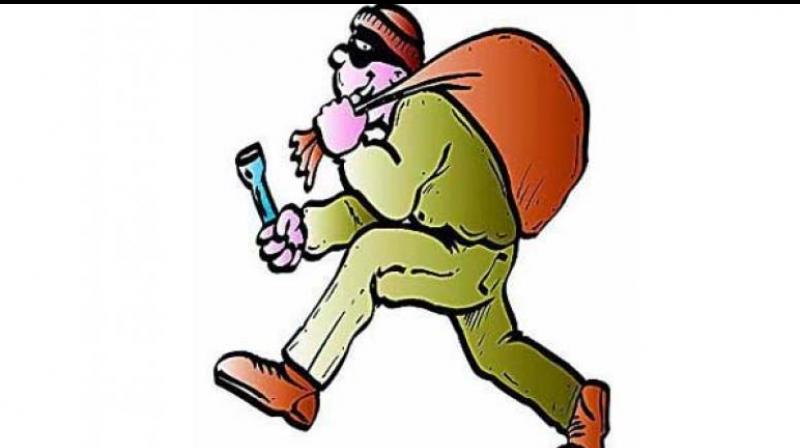 The burglars killed a senior citizen, his wife and their son. (Representational Image)

Pune: Three members of a family of seven were killed by robbers who broke into the house with the intention of theft. A couple and their son died while the daughter-in-law and granddaughters of the couple survived the attack.

Sources said three burglars entered the house of Nathu Phale, a senior citizen and known figure in Dhamane village near old Mumbai-Pune highway by breaking the kitchen window while the remaining two kept watch outside.

The robbers killed Phale, his wife Chaba Phale, and son Atrinandan Phale with sharp weapons and robbed them of all their gold ornaments.

They also tried to kill Phale’s daughter-in-law, Tejashri Phale, and his granddaughter, Anjali. Both were seriously injured and moved to Pavana hospital in Talegaon, Dabhade. Two more children got saved as they were in another room.

The robbers made away with all the gold and money in the house. Tejashri lodged a FIR against five persons.

Mugut Patil, police inspector, Talegaon Dabhade, said, “We received information at 4 am in the morning and reached the spot immediately. We moved all of them to a nearby hospital but three of them were declared dead.

“The post-mortem report confirmed deaths due to multiple injuries. We will catch the culprits as soon as possible. We have invoked sections 395, 396, and 397 of the Indian Penal Code against the accused,” Mr Patil further said.