The hot temperature is due to the northeasterly winds over the region, said IMD. 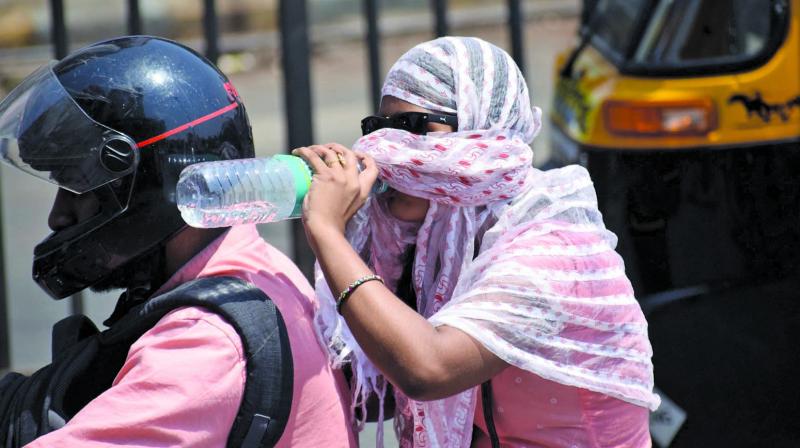 IMD officials stated that the temperature is likely to increase in coming days.

Mumbai: Mumbai recorded maximum temperature of over 40.3 degree Celsius Monday morning, which is eight degrees above the normal average for March. This is the highest temperature recorded in March so far.

The Indian Meteorological Department (IMD) officials stated that the temperature is further likely to increase in the coming days.

Since Sunday, citizens have been reeling under sweltering heat as the mercury shot up to 36.7 degree Celsius the same day. IMD officials stated that the hot temperature is due to the northeasterly winds over the region. “The increase in temperature is due to the hotter easterly winds and lesser humidity. This condition is likely to prevail over the next two days,” said an IMD official. The city also recorded minimum temperature of 22 degree Celsius over the last 24 hours since Sunday.

Skymet Weather, a private weather forecasting agency, stated that only on a few occasions, the maximum temperature has crossed the 35 degree mark in city. There is a possibility of temperatures crossing the 40 degree mark even Tuesday,” read the report.