Proposal based on Desai’s report, whose audit of Himalaya FOB was found faulty. 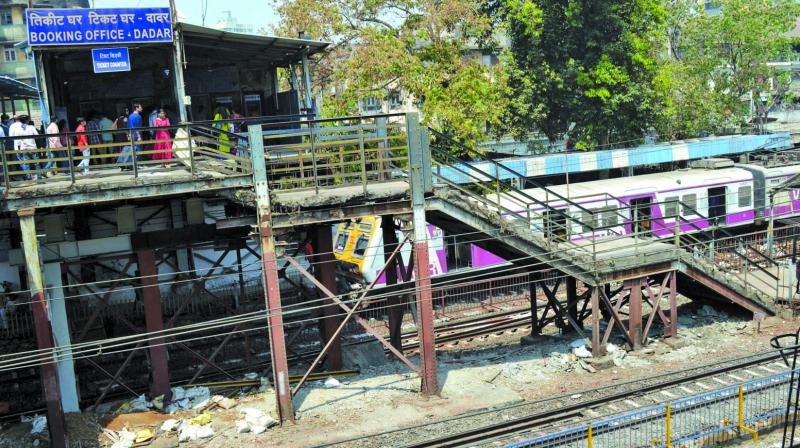 The BMC proposal will be tabled in the standing committee meeting on Wednesday.

Mumbai: The Brihanmumbai Municipal Corporation (BMC) has proposed to repair 16 bridges in Mumbai from A to E wards on the basis of report by auditor D.D. Desai, the same consultant whose structural audit report of the collapsed bridge Himalaya foot overbridge (FOB) was termed faulty.

The proposal through the BMC bridges department will be tabled in the standing committee meeting on Wednesday.

On March 14, the Himalaya FOB had collapsed during peak hours killing six commuters and injuring 31. The BMC’s preliminary report in the incident stated that the structural audit carried by contractor Desai had many flaws.

The report stated that Desai in his August 2018 audit report had termed the FOB to be in ‘good condition’ for usage. But the bridge collapsed due to irresponsible audit and inspection, following which the BMC blacklisted Desai.

The Azad Maidan police in their investigation have identified him as prime accused in the bridge collapse and booked him under relevant Indian Penal Code sections. The owner of the D.D. Desai consultancy is currently in police custody.

Standing committee chairman and Shiv Sena member, Yashwant Jadhav, said, “The administration themselves had said that the contractor carried out faulty audit and they blacklisted him. Then how can the same auditor’s report be believed for other bridges? Let the proposal be tabled, we will discuss accordingly.” The cost of the bridge repair works proposed by the BMC is `13.86 crore.

Despite repeated attempts, the chief engineer of bridge department, Sanjay Darade, was unavailable for comment.