According to BMC officials, the fire brigade officials received the fire call at around 1.30 pm on Sunday. 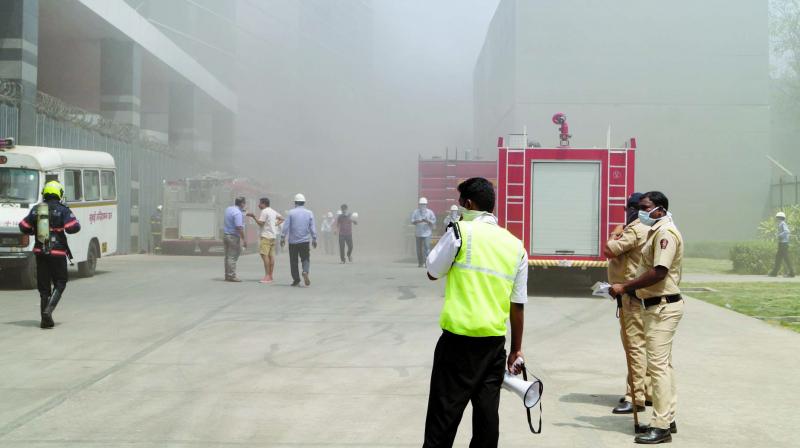 Mumbai: Two fires broke out in the city on Sunday, the first of which occurred in the slums of Rajiv Nagar in Chembur, causing injuries to eight people, including two toddlers.

The injured were taken to the Rajawadi Hospital in Ghatkopar. The cause of the fire is yet to be determined.

In the other incident, a major fire (level 3) was reported from Andheri (east) where the basement of a private firm was gutted in fire.

According to BMC officials, the fire brigade officials received the fire call at around 1.30 pm on Sunday.

“Two fire engines and one jumbo tanker were rushed to the spot. The fire erupted in a ground-plus-three storey commercial structure at the Thakkar Bappa slum colony in Chembur,” said a fire
official.

According to the details released by the civic disaster management officials, two people including a 45-year-old male and a 15-month old toddler sustained most injuries.

Jagdish  Jatholiya (45), who sustained 70 per cent burn injuries is in a critical condition as are the toddlers Chandini Jatholiya  (15-month) and Tanuja Jatholiya (three-month).

In the blaze on Saki Vihar Road in Andheri (east), no casualties were reported. The fire was confined to the basement of a building which belonged to a firm named Net Magic Service Private Limited.