The diamonds seized during interception weighed 3290.8 carat and were valued at Rs 6.63 crore. 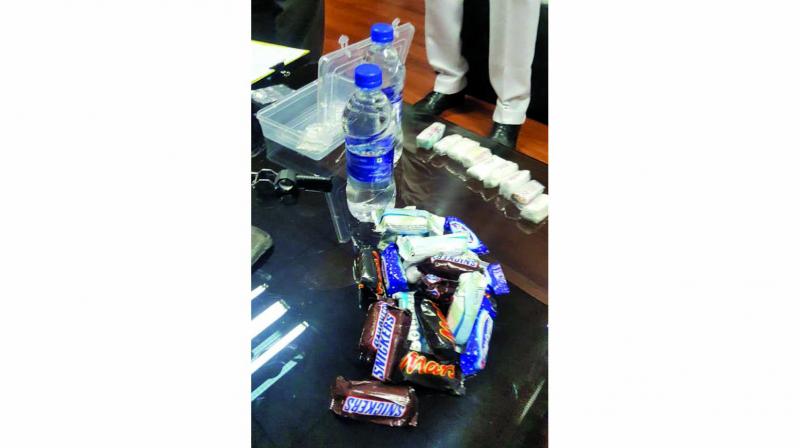 The diamonds that were concealed as chocolates

The precious stones were concealed inside chocolate wrappers for easy transportation.

According to the officials, on the basis of profiling of Air Intelligence Unit (AIU) officials intercepted an Indian national identified as Saleem Basha, who was flying to Dubai on the Mumbai-Dubai Jet Airways flight.

Diamonds were found concealed in the wrappers of well-known chocolate brands, was mixed with normal chocolates.

The diamonds seized during this interception weighed 3290.8 carat and were valued at Rs 6.63 crore. Upon questioning the accused passenger, Saleem Basha, an Indian national who works in Dubai, confessed to his crime of possession, and said he was offered a hefty commission on the transportation of packages from Mumbai to Dubai, without anybody noticing any faults.

Basha was arrested under relevant sections of the Customs Act.

The police is now trying to trace the sender and receiver of the package, and also looking out for the person who set up Basha to commit the crime of transporting assorted stones from Mumbai to Dubai.

The police is trying to ascertain if this diamond haul is a part of the bigger racket.